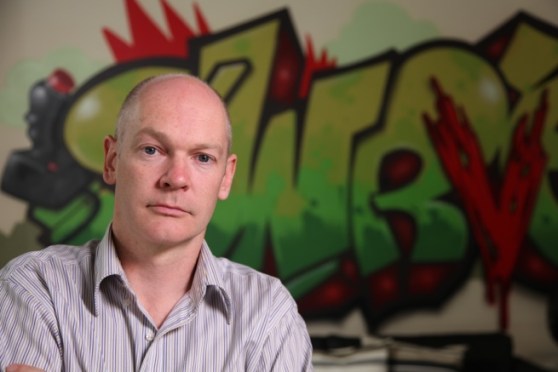 This sponsored post is produced by Swrve CEO, Hugh Reynolds.

Ask any game developer or publisher what keeps them awake at night and chances are you’ll hear the same answer over and over again:

“I’m spending more than ever on new players, but I have no idea which ones deliver ROI.”

No wonder this complaint tops the list. In pretty much any other business, those charged with paying for customers are making dang sure they aren’t wasting their money. But in the games world, and on iOS in particular, that’s been impossible. Until now.

Sure, we know how much we are paying for how many users when we enter into an acquisition campaign. And with a bit of effort, we might be able to calculate the ROI on our iOS acquisition efforts as a whole. But measuring the actual effectiveness of specific campaigns? Forget it.

Unfortunately, that’s exactly what we need to know, because when we’re spending serious money, we’d like to make informed decisions around which acquisition sources are delivering ROI and which are not.

At the heart of the issue is the way in which the IDs of acquired users are shared with the marketing team paying the bills: namely, in a .csv or Excel file after the campaign is completed. “Thanks for your money, here’s the 1,000 players we promised”. Great, but what do we know about them?

At best, we might have gotten some revenue numbers generated after those users have been imported into the system. That’s also known as “closing the gate after the horse has bolted”. Most of the interesting (and chunky) revenue events have already occurred by the time you get the report, which makes it almost worthless.

Where Swrve Can Help

Fortunately that’s changing. We’ve worked hard at Swrve to ensure that we can deliver total visibility of lifetime value, revenue, retention, and pretty much any other KPI you can mention, for every user, from the moment they started playing your game. So even if you’re collecting lists of IDs two weeks after the fact, we can back-date every key event associated with each user and report the numbers you care about.

Coupled with Swrve’s existing analytics capabilities, that’s a huge benefit. Because we already offer the ability to segment by acquisition source and report revenue events with great sophistication, building clear ROI reports on specific campaigns is easy. It’s possible to compare ROI for campaigns and sources right in our dashboard, so Swrve customers can see at a glance which campaigns work, and which do not.

Even more than that, revenue from each source can be analyzed in greater depth. The revenue profile for each can be analyzed, showing revenue per day, which sources produce the most high value players, the most paying players and so on. That means LTV can be predicted more rapidly and accurately than ever before.

Great news for iOS publishers looking to optimize their acquisition spend. Maybe not so good for those who have escaped that scrutiny to date!

For more information on Swrve and the Campaign Tracker product, visit www.swrve.com or email sales@swrve.com
Sponsored posts are content that has been produced by a company, which is either paying for the post or has a business relationship with VentureBeat, and they’re always clearly marked. The content of news stories produced by our editorial team is never influenced by advertisers or sponsors in any way. For more information, contact garrett@venturebeat.com.