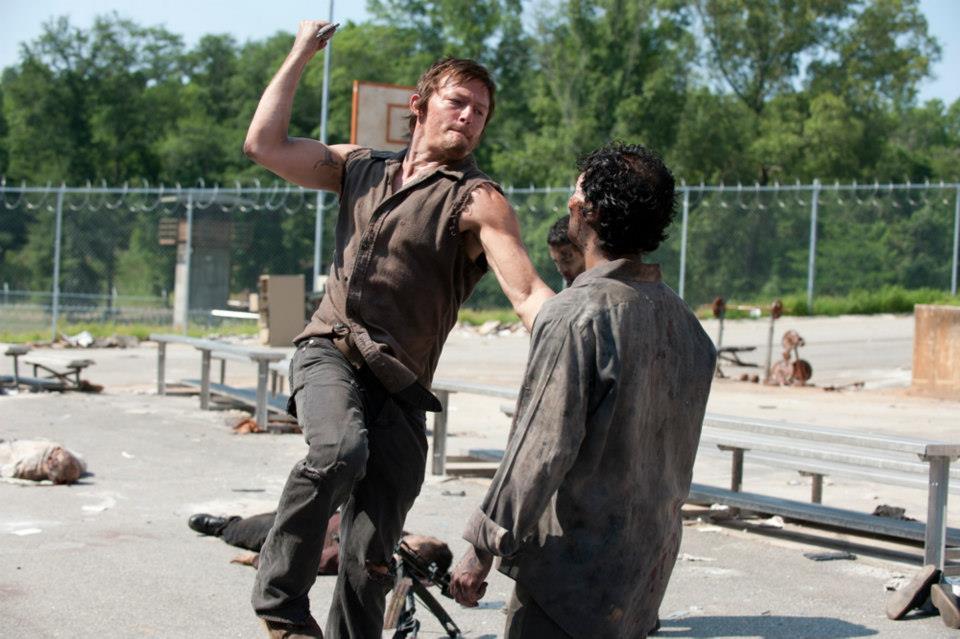 While The Walking Dead adventure game from developer Telltale Games continues to rack up critical acclaim, Activision is hoping for similar success with its first-person-shooter adaptation of the television adaptation of the zombie comic book series.

The Walking Dead: Survival Instinct is a first-person survival game set prior to the events of AMC’s popular TV show. Activision announced today that actors Norman Reedus and Michael Rooker will voice the characters they play onscreen, Daryl Dixon and Merle Dixon, respectively. Activision will release the title in 2013 for PC, PlayStation 3, and Xbox 360.

Naturally, gamers will have a chance to use Daryl’s signature crossbow to silently take out the undead walkers.

Reedus’s Daryl is one of the most popular characters on one of television’s most watched shows. Rooker only just returned to the show after missing nearly two years. Rooker is also well versed in both voice acting and working with Activision, having just voiced a major character in Call of Duty: Black Ops II.