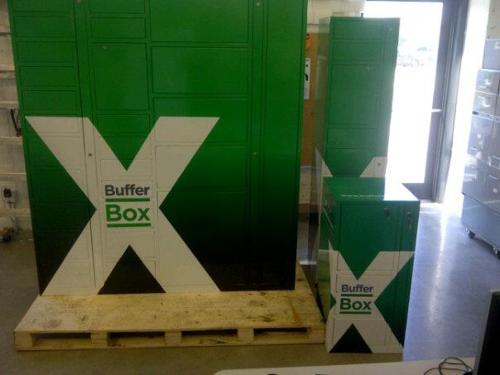 Google confirmed to VentureBeat it has purchased BufferBox, a startup seeking to remove as much friction as possible from the online shopping delivery experience.

Online shopping is all about convenience. While developments in data analysis, marketing, and payment technology have improved the overall flow of e-commerce, delivery is still a frustrating obstacle at the end. If the recent shopping frenzy following Thanksgiving revealed anything, it’s the explosion of online commerce. There is a greater need for shipping options that don’t entail waiting at home or missing deliveries.

The BufferBox concept is refreshingly simple. BufferBox sets up green pick-up lockers that serve as shipping addresses. Consumers enter that address instead of their own, receive a PIN in the mail, and then can pick up the package at their convenience. It’s a bit like a privately owned, communal P.O. box.

“We want to remove as much friction as possible from the shopping experience, while helping consumers save time and money, and we think the BufferBox team has a lot of great ideas around how to do that,” a Google rep told VentureBeat via email today.

BufferBox is based in Waterloo, Ontario. The founding team came to the Bay Area over the summer to participate in Y Combinator where it was one of the more talked-about startups following the demo day. With this acquisition, employees will join Google’s Shopping team in Kitchener-Waterloo and continue business as usual.

Six months ago, Google changed its Shopping feature to “a purely commercial model” where top results are dictated by the highest bidder. Microsoft, in an attempt to undercut Google’s marketshare, launched a “Scroogled” campaign on Wednesday. While Google won’t comment on its Shopping roadmap (or the terms of the deal), BufferBox will obviously benefit from Google’s massive resources and use them to move faster and its scale.