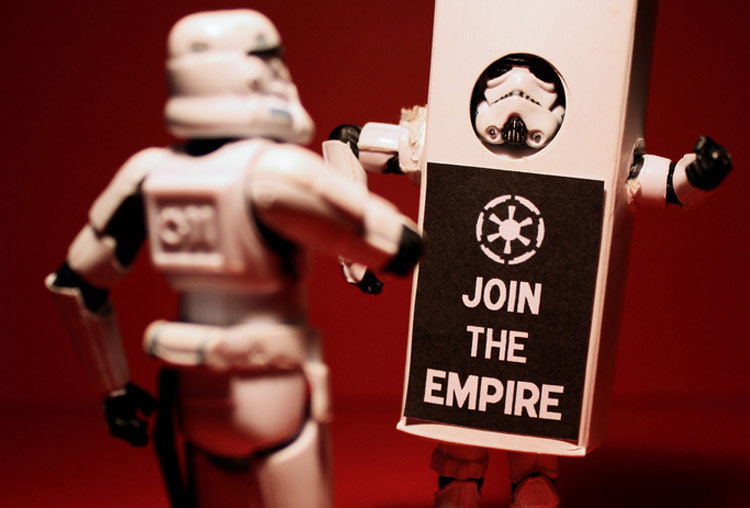 It’s a bit of a nightmare scenario for a company.

Its best, most educated, and highest-paid staff are continually trolling on Twitter for a new job. They’re not actively looking for a better job, just keeping an ear to the ground in case one comes up.

That’s just one of the insights from social recruiting company Jobvite‘s latest poll.

“The mass layoffs that we saw in 2008 and 2009 frightened people so much that essentially they’re always looking for the next job,” Jobvite chief executive Dan Finnigan told me this morning. “The root of it is the presumption people have that they need to be the drivers of their own careers … that one company won’t do it for them.”

The survey looked at 2,100 adults’ behavior on Twitter, finding that college-educated professionals who are open to new opportunities but not actively seeking new jobs — passive career managers — are more than three times as likely to be using Twitter to advance their careers than even proactive high-school educated jobseekers who don’t have a job.

“We’re seeing more and more white-collar professionals doing this,” Finnigan said. “They’re currently employed, more likely to be higher income, and higher educated … and more likely to use Twitter to keep up on job opportunities.”

Those passive career managers are also, unsurprisingly, four times as likely to have found their job on Twitter or another social network, such as LinkedIn.

Passive career managers, Finnigan said, tend to create Twitter lists of companies they admire, plus lists of top companies in their industries and leading professionals in their area. Then, when an opportunity comes along, they see it immediately. Alternatively, over time, they build up a relationship with a hiring company or manager, which can lead to a job switch.

“We have a designer who got his job via Twitter — he followed our lead designer, and, over time, just asked if we were hiring,” Finnigan told me.

Forty-six percent of the American workforce now uses Twitter, Jobvite says, and LinkedIn is at 41 percent. That’s basically half the workforce. But more importantly, it’s the higher-skill, higher-pay half.

Which means companies have their jobs cut out for them to continue to engage existing staff. And recruiters, Finnigan says, need to change their game plans.

“This sought-after talent pool is using Twitter more than ever to stay on top of new opportunities. Recruiters failing to take advantage of this shift are missing out on this to the detriment of their clients.”