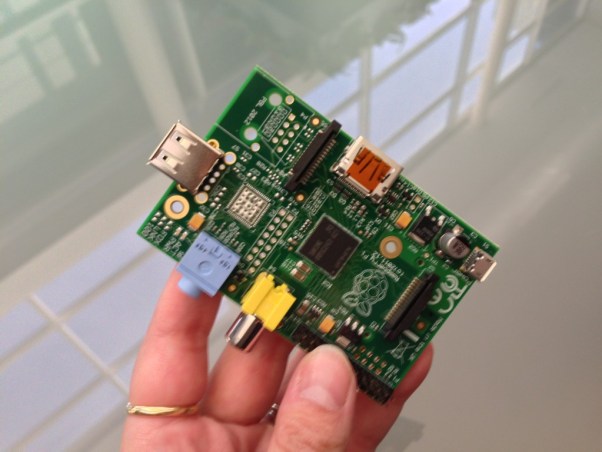 The Raspberry Foundation has posted the first image of its latest mini-computer, which should make it into eager tinkerers’ hands by early next year.

Stripped of an ethernet and equipped with only a single USB slot and 256MB of RAM, the Model A is meant to be a cheaper, less complex counterpart to the massively popular Model B. But that doesn’t make it less capable. Because it has fewer components, the Model A consumes less than half the power of the Model B, a feature that opens up a whole slew of new uses.

Scrapping those extra components also cuts the Model A’s price. At $25, it’s a full $10 cheaper than its predecessor. (Price has never been the biggest concern with the Raspberry Pi, but it’s even less of one now.)

The one big problem is supply, which has plagued the Pi since forever. With the Raspberry Foundation still unable to rapidly fulfill orders on the Model B, it’s fair to assume that the Model A will face the same problems.

“The Model A is something we wanted to produce months ago, but the crazy demand for the Model B has meant that we’ve not been able to build them, because to do so would mean that we have to cannibalize Model B parts – and that would mean that people who are experiencing the backlog would have to wait even longer,” Raspberry Foundation community head Liz Upton said in a blog post.