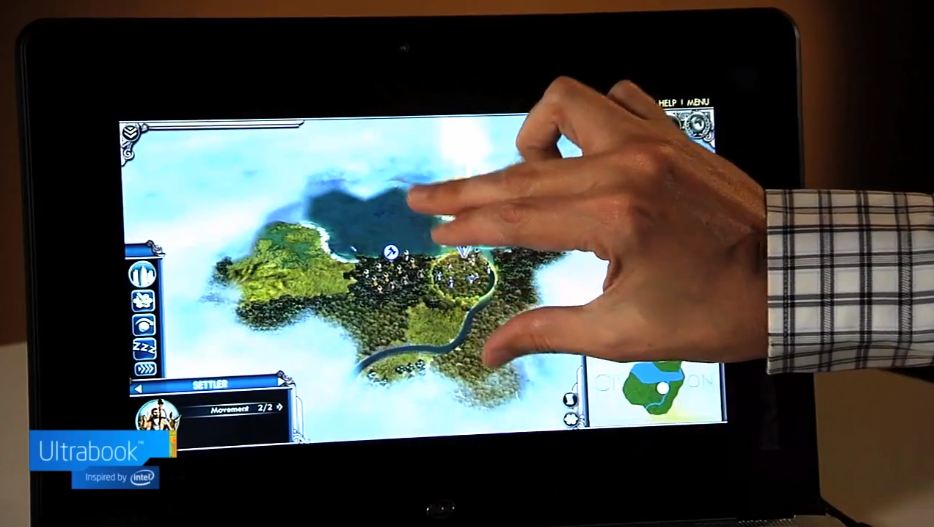 Windows isn’t the best touch-control platform on the market, but I still want it on my laptop sometimes.

But until I saw Dennis Shirk, Firaxis’s lead producer on Civilization V, playing around with his game on a touch-enabled Ultrabook from Intel, I didn’t know that I wanted a touch interface in my 2,000-turn game of Civ.

Civilization is a strategy game that spans the breadth of human history, from a tiny settlement all the way to launching an interstellar space mission. Games can last for hours with lots of pointing and clicking, and it’s the type of gameplay that can lend itself to just touching and dragging on the screen.

In the video below, Shirk shows off the responsive touch controls of his game running on one of the powerful and slim laptops:

Civilization V touch controls use many of the gestures common to software optimized for any modern tablet:

Firaxis worked closely with Intel to get the game operating efficiently on Ultrabooks since many lack dedicated video cards.

The touch-screen controls are available in Civilization V since the last update.