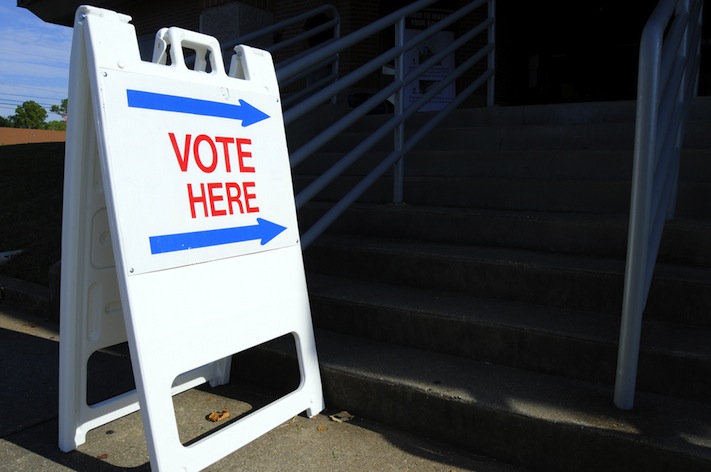 Facebook opened its polls up today for users to vote on proposed privacy changes, perhaps for the last time. Facebook users have seven days to vote on a number of updates to the social network’s Statement of Rights and Responsibilities and Data Use Policy, including whether Facebook should get rid of the option to vote on changes.

You can vote within the next seven days here. Thirty percent of Facebook’s population would have to vote against the changes to keep them from passing. On the voting app, you can review the proposed changes, vote, and view results. The polls will close December 10, 2012 at 12:00 p.m. Pacific time.

In the past, Facebook has allowed all of its users to vote on whether or not they agree with changes the social network makes to its privacy policies. In this last round of changes, however, Facebook suggested that it strike the voting from its approval process in favor of what it says will be a more constructive form of feedback.

Users have seemingly been in a huff about that particular change. Two privacy groups, The Electronic Privacy Information Center and the Center for Digital Democracy, even sent a letter to Facebook, asking it to remove the voting changes from its proposal.

But it seems not many Facebook users actually exercise their “right” to vote. According to Facebook public policy and marketing vice president Elliot Schrage, only around 10 percent of users actually turn out for the vote, and, as already mentioned, it would take 30 percent of the user population to keep privacy changes from passing.

Schrage also added in a blog post today that the company isn’t trying to take away your ability to give feedback, but is instead trying to get more constructive feedback instead of just, “I don’t like this. Take it away.”

Also included in the privacy changes are Facebook’s ability to share information with “affiliates,” which includes Instagram, and will also get rid of the option to dictate who can and cannot message you.

Check out the proposed changes here.