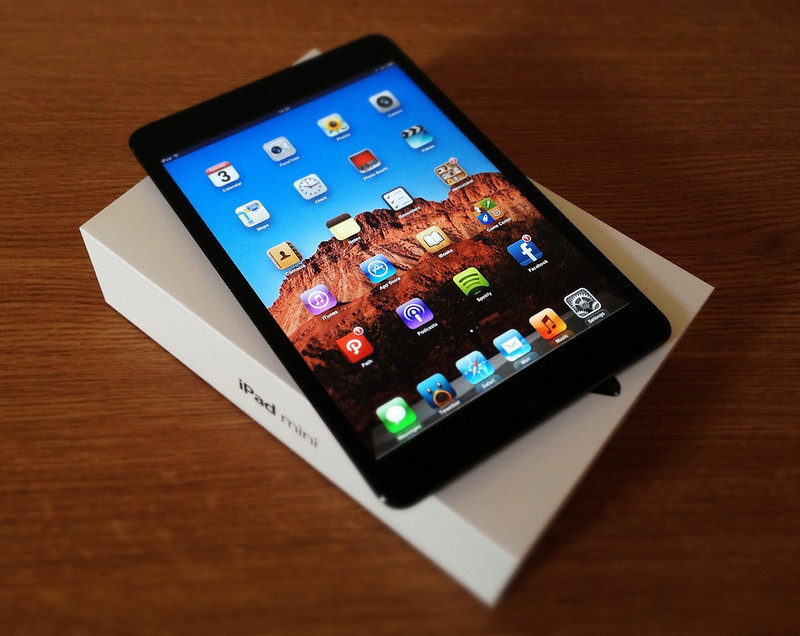 After selling just 14 million iPads last quarter, Apple may blow off the barn doors with 26 million units flying out this Christmas quarter.

Analyst Sameer Singh is predicting sales of between 24 and 26 million iPads, including 19-19 million third and fourth generation iPads, and 6-7 million iPad minis.

26 million iPads would be dramatically up from 17 million in Apple’s fiscal third quarter this past summer, the 14 million sold last quarter, and even the 15.43 million iPads sold in Apple’s record-breaking Q1 2012.

Singh’s numbers are based on Apple’s iPad growth patterns, which are traditionally strong in fourth calendar quarter (Apple’s Q1 2013), the fact that some tablet buyers seem to have waited until this quarter before buying — believing that Apple was about to release the mini — and of course, the traditional Christmas buying spree.

In addition, record sales this quarter would make sense based on Apple’s almost-complete revamping of its iPad line-up at its October 23 live event announcing the new mini.

According to Singh, Apple had 133 percent quarter-over-quarter growth in Q4 2010, 66 percent in 2011, and will have 33 percent in 2012. The percentage growth is shrinking, of course, as the total sales numbers are growing, and as the tablet market matures. 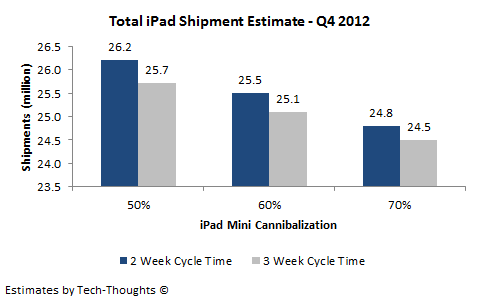