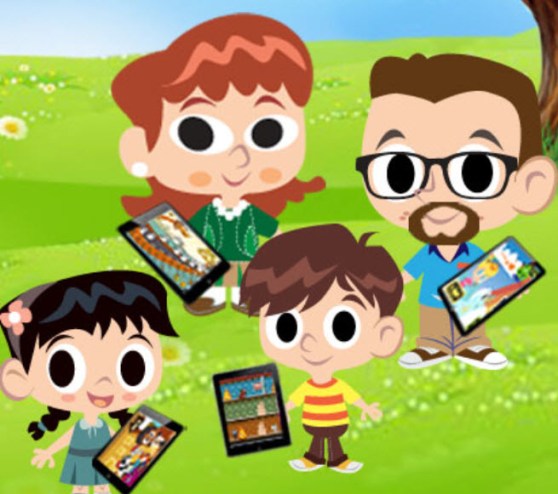 The new free-to-play apps show that the company’s kids-oriented platform is gathering momentum in the market for parent-approved mobile apps for kids. Altogether, there will soon be 22 apps running on iOS devices (iPad, iPhone, iPad Mini and iPod Touch). They are aimed at children ages three to eight. To date, Fingerprint fans have logged more than 40 million minutes of play time, said Nancy MacIntyre, the chief executive of Fingerprint Digital.

San Francisco-based Fingerprint Digital has created a platform dubbed Fingerprint Play, launched last December. It provides access to a bunch of apps and also has a feature called Mom Comm that lets kids share their achievements with their parents. Parents can write notes, record a voice message, or send emoticons to encourage their kids. The app can also dispatch a snapshot report of a child’s progress via email or Facebook sharing. Fingerprint Play is like a TV channel for kids, only it provides apps instead.

The new apps include four new interactive books in the VeggieTales Collection, which teach kids ages three to five how to get ready for reading. The new collection includes The Goofy Gift, Thanks for the Franks, Larry’s Missing Music, and I am That Hero! (available Dec. 20).

Also coming soon is Scribble My Story (on Dec. 13), an iPad app that lets readers write, illustrate, and customize their own stories. Another apps is Green$treets (available now), by Kids and Money author Neale Godfrey. The app helps kids learn the value of money and financial decision-making. And the last new app is PandaPanda (available Dec. 6), a sorting game and interactive book that teaches kids (ages three to five) about shapes and colors.

“Families with young kids own on average 10 devices,” said MacIntyre. “And, today, savvy parents are requiring that screen time be meaningful — equal parts educational and play. With our new crop of Fingerprint apps, we are cementing our brand in the minds of parents and the hearts of children as the go-to destination for fun and learning — especially as so many kids will be unwrapping a new mobile device this holiday season.”

MacIntyre said that Android apps will arrive in early 2013.