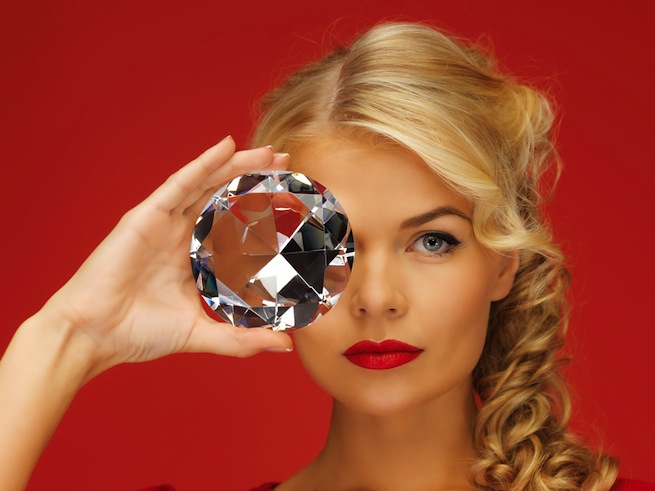 Fashion app Poshmark can afford diamonds and pearls now. The company just got a $12 million second round of funding led by Menlo Park Ventures.

“We turned down many, many partner meeting with other firms,” said Manish Chandra, founder and chief executive of Poshmark, in an interview with VentureBeat. “What attracted us to Menlo is that they’re working in this marketplace.”

Menlo is also an investor in Fab.com, a social shopping website with a focus on funky, cool, curated inventory. Though the company is very different from Poshmark, it shows Menlo’s interest in curated, social fashion. Existing investors Mayfield Fund, Invetus Capital, and SoftTech VC also participated in the round.

Poshmark is an iPhone application that lets users sell and buy fashion. It handles the payment transaction and provides a shipping label the seller can print out to send purchased items to their new homes. Clothing and accessories are sold through “Posh parties,” or themed feeds where people can submit their items for a certain amount of time.

The parties see upwards of 30,000 items, which drove Poshmark to release “showrooms” or feeds curated by the party host. These include “Host Picks,” “Designer,” “First Look,” and now “New With Tags.” Chandra says a 100,000-item Posh Party is just around the corner and that some of the funding will be dedicated to creating discovery tools.

“We need to be able to scale the entire platform,” said Chandra, “I think, for us, it’s really constant innovating. It’s figuring out what are the edges with this issue.”

Indeed, over the course of a year, Poshmark sees $100 million worth of inventory go through its channels.

With this funding, we can also expect to see Poshmark on new devices including the iPad, Android, and the broader web. You can expect to see the iPad version come out first, which will include some of the same experiences we currently see on the iPhone, but it will likely take advantage of the space afforded by the iPad and iPad mini screens.

Chandra said the funding will also be used to build out the company’s servers and its infrastructure and to streamline the shipping process.

Currently, Poshmark is only available in the U.S., but after a trip to Spain where Chandra said there was a lot of desire for Poshmark, that might be changing.

“Oh yeah, definitely. I think international is definitely something we want to do.”

Woman with diamond image via Shutterstock