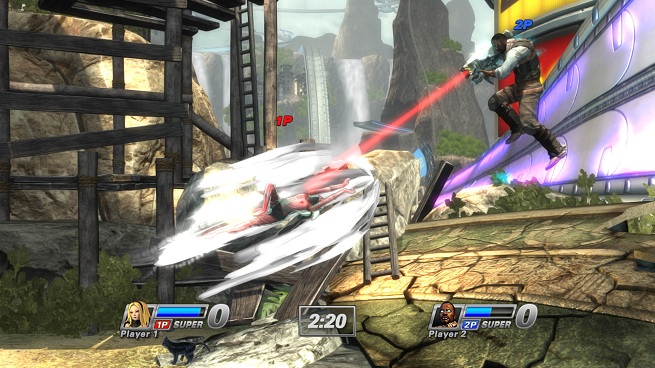 Developer SuperBot Entertainment is getting ready to add two new characters to the PlayStation All-Stars Battle Royale roster, each with their own fighting style. The PlayStation 3/Vita brawler will see Kat from the Vita launch title Gravity Rush and Emmett Graves from the PS3’s Starhawk join the rumble. The duo comes with a new stage that blends the martial-arts world of Heavenly Sword and the futuristic racer Wipeout as part of a (temporarily) free downloadable content pack in early 2013.

Kat bends gravity to her will, and Emmett can call in building materials and weapons to rain down, just like in their respective home games. To get a better idea of how to take advantage of each of these new combatants, I talked to PlayStation All-Stars director Omar Kendall about their strengths and weakness. 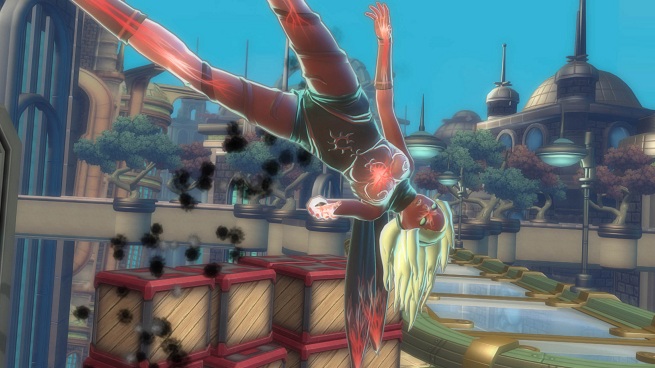 Strength: “She’s got what the fighting game community calls a rush-down style — basically, a player who really likes to get in your face and do all of their damage at that point-blank range. They usually do damage with these really devastating combos, and she’s very much like that. She’s got this great maneuverability that she uses to get close to her opponents, and when she’s there, she can do these really great kicks that she can combine to create really devastating combos. She also has a couple of support moves that help her facilitate that, but really, her bread-and-butter is kicking you in the face a whole bunch of times.”

Weakness: “If she’s not close to you, she’s not really doing any damage to you. So players will have to pay attention to Kat, in the sense that they want to keep her away, generally speaking, but when she is away, she can’t’ really hurt you. Good Kat [players] will need to be really good at closing distance and getting their damage when they can get it.” 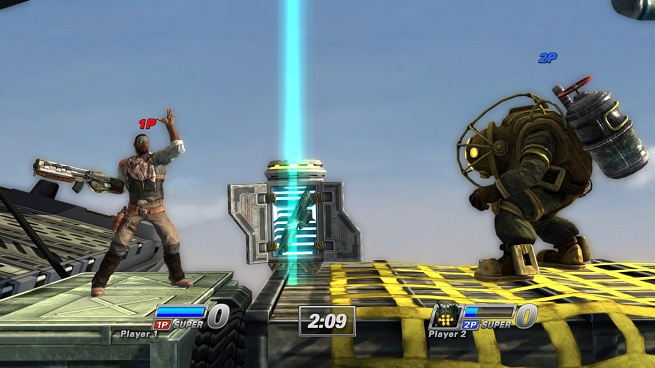 Strength: “I think the first thing that people are going to see with Emmett is he takes some work to figure out. The built-in battle system, the loadout, figuring out what to have deployed when, is the puzzle to solve. When you figure that out, I think you’re going to be devastating. People are going to hate Emmett the same way they hate Colonel Radec.”

Weakness: “Getting to the sweet spot with Emmett is going to be tricky for some players. You’ll probably approach him the same way you approach other characters on the PlayStation All-Stars roster, and that won’t necessarily lead to success.

The pro is once you figure it out, you’re going to be beasting on people. The con is it might take a while to get there. I don’t think everyone is going to figure Emmett out. He’s going to be one of those specialist characters, like Dhalsim or Guile from Street Fighter.”