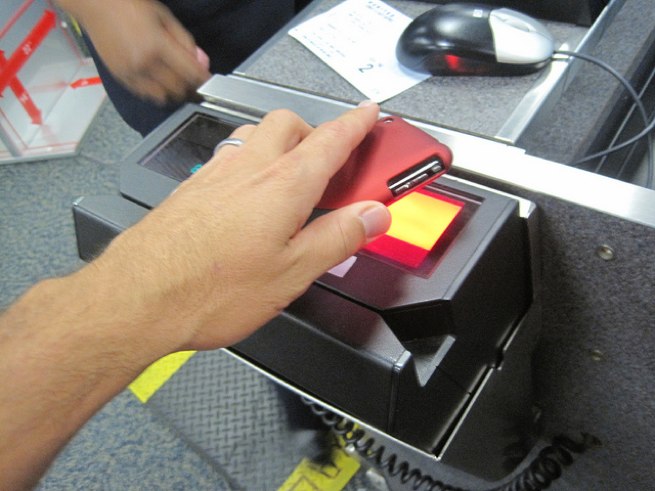 Google has taken inspiration from Apple’s Passbook to give its Android customers a more instantaneous way to pull up their boarding passes with Google Now.

Google Now is a personal assistant app for Android devices that aims to surface the information you want, when you need it: optimal driving route, weather, sports scores, and nearby restaurant options. Google Now also accepts voice commands, making it Google’s answer to Apple’s Siri virtual assistant. Today, the app is starting to act like another one of Apple’s interesting apps: Passbook. 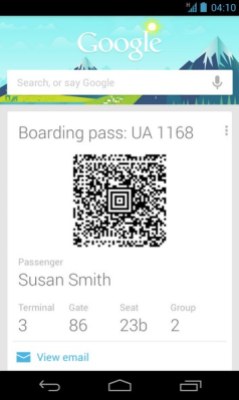 Wednesday, Google refreshed its Search application for Android. Version 4.1 comes with a few handy-dandy travel additions to Now, including a new card that automatically surfaces your electronic boarding passes from your Gmail account and shows them to you when you’re at the airport.

Sounds familiar, right? Essentially, what we have here is a Passbook feature-clone, but a pretty clever one at that. Why use a separate app when Google can connect the dots between Gmail and Now to find your boarding passes for you? For comparison, iPhone users add their boarding passes to Passbook from the vendor’s Passbook-enabled application.

Google said the boarding pass card is launching shortly for United Airlines, but will work with other airline’s in the future.

Travelers may also appreciate the addition of Google Now cards that display the weather of your destination city and highlight events happening nearby. Google Search for Android now comes up with other Google Now cards, including one for birthday reminders and one for using your camera to search when at a museum.