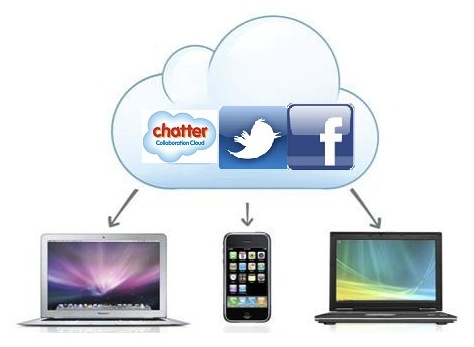 This post is brought to you by Cognizant. To learn more visit cognizant.com/smac. As always, VentureBeat is adamant about maintaining editorial objectivity.

There’s a new acronym in town — and it’s a fun one: SMAC!

Standing for Social, Mobile, Analytics (based on big data), and Cloud, SMAC describes a new type of product and service combo that many new and existing companies are adopting to deliver effective and agile customer experiences. And remaining competitive in certain sectors — like IT or media distribution — may depend on it.

Want an easy way to visualize a so-called SMAC stack? Look no further than Netflix. The movie/entertainment game-changer uses advanced analytics and elaborate algorithms to recommend films tailored to you. It then streams media from the cloud and allows you to view it seamlessly on multiple platforms — your television, your tablet, your phone, etc. And after all that, you have the option to share your thoughts with your social graph.

What distinguishes a SMAC stack is that all of these components work together as an ecosystem. New features aren’t haphazardly “bolted on.” Instead, mobile capabilities drive even richer data collection that can be used to delve deeper into the cloud, engage social channels and give customers increasingly personalized experiences.

iTunes is another easy example to digest. Analytics serve up choices based on users’ prior experiences, it allows quick and easy downloads from the cloud, and media can be accessed and enjoyed from a variety of mobile devices. Apple developed iTunes Ping as an internal social network/recommender service, but it was recently scrapped in favor of plain old Twitter and Facebook integration.

That last point is telling because the injection of social into mobile/analytics/cloud infrastructures has really been the catalyst for the popularity of the SMAC approach. Social isn’t simply a new innovation or service to bake into a product. It’s a whole mode of behavior, redefining the way we engage with almost all digital services and each other.

A really good illustration of this is Oracle’s adoption of the SMAC stack. In October 2011, the enterprise software and database management giant launched the Oracle Social Network. Inspired by the momentum of Facebook, this service gives companies and industry networks the infrastructure to build and run their own social networks and facilitate communication.

For instance, in the health industry it’s imperative that researchers, clinicians, physicians, drug developers, academics, regulators and patients all have the ability to communicate and share knowledge. That’s how innovation happens. All of this data exists in the cloud where analytics are used to forge connections and move things forward. And moreover, all the people involved can access the info they need from anywhere — whether it’s the computer in their office or their smartphone from a field clinic in Kenya.

The SMAC approach in this case became so important to Oracle that it purchased a health-oriented data management software company called Phase Forward. Along with it, it got mechanisms for everyone from researchers to patients to securely and efficiently share, view and contribute to the same pools of data. The buy propelled Oracle from No. 1 to No. 3 in the healthcare software space. As of earlier this year, the software had been used in more than 10,000 clinical trials for new drug development.

It’s clear that SMAC stacks pack a lot of power. Each of their components are increasingly well-known and even expected. More and more, consumers are confused when they aren’t presented with social integration or mobile capabilities. And, working in concert, the cloud, analytics, social and mobile only drive further innovation in each of these areas.

So, what does this mean for enterprise IT departments?

While it’s true that IT departments everywhere would be well-advised to adopt the SMAC approach as soon as possible, the resources that come along with SMAC stacks will actually make their jobs easier and maximize their capabilities.

Already, modern IT departments are tasked with bringing together and maintaining scattered, disparate platforms, networks and equipment to give internal and external customers what they want. This isn’t new, and it’s long kept IT departments from responding as quickly, securely or nimbly as they’d like. Let’s say that 100 new employees all need their own personalized computing resources requiring different software and functionality. This used to be a serious undertaking.

Now, mobility and cloud computing in particular have made consistent, scalable solutions possible across multiple types of platforms. Because cloud-based software doesn’t have to be tailored for specific operating systems, it works for anyone. And mobile access allows people to access and accomplish work as easily from their phones as from their desks.

Mobile in particular has evolved tremendously to make this happen. This is one area where IT departments or their contractors are needing to invest in creating mobile experiences and applications that are easy to navigate and use. It’s not just about making websites or data appear correctly on handsets or tablets, it’s about designing and implementing products tailored specifically to mobile devices. Once these products and services exist, they have the potential to revolutionize productivity.

This doesn’t mean that social and analytics infrastructure should take a back seat though. IT departments can leverage interactions on social channels to respond more quickly to concerns, stay in touch with what people want and need, and deliver superior service. Internal social networks for companies are becoming increasingly popular with platforms from companies like Oracle, Yammer and SalesForce (specifically its Chatter tool) for this very reason.

Very similarly, analytics can be collected through a variety of channels, from social sites to transactions to filed tickets. IT departments can parse this big data to determine what needs to be improved company-wide, which issues are the most pressing, and how people are best taught and helped on a macro level. Also, with so many more end points out in the world with every employee carrying their own company laptop and cell phone, analytics can help calculate risk exposure so that potential issues can be headed off at the pass.

Taken together, SMAC resources can make IT operations leaner, faster and smarter. It’s something that a number of companies big and small have already discovered and enthusiastically embraced. What will be most interesting is how the approach will evolve we learn more about social, mobile, analytics and the cloud can be optimized.

That’s the beauty of the SMAC approach after all. Each component deepens understanding of the others, making for an increasingly powerful, long-term strategy.