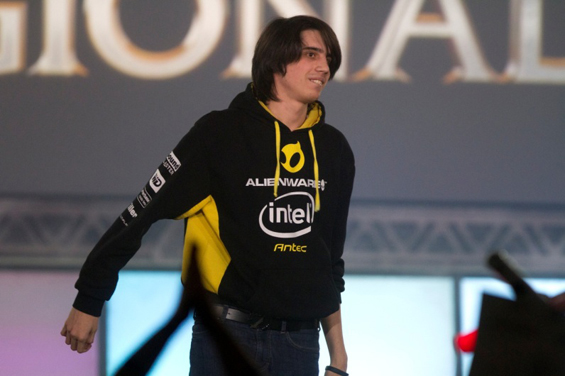 Yesterday, League of Legends developer Riot Games announced that it was giving one of the competitive game’s top players a 1-year suspension for “violations of the Summoner’s Code.”

Christian “IWillDominate” Rivera, a member of Team Dignitas, isn’t allowed to compete in the online strategy title for a year, and Riot is permanently banning all of his alternative accounts. This is due to what Riot called “persistent toxic behavior.”

Rivera took to the League of Legends community on Reddit and posted this statement regarding the ban:

“Today I was informed by Riot that I will be suspended for 1 year of the Season 3 Championship Series. Although the ruling is extremely tough, I agree with Riot that player sportsmanship is a serious matter, and I want to apologize to anyone that I’ve offended in-game and my fans. I fully understand that pro players are viewed as role models and should act accordingly. I’d like to thank my teammates and the whole Dignitas organization for the amazing year that I have spent with them and wish the team the best of luck going into season 3. Personally, I will not let this end my dreams of being a professional League of Legends player. During my suspension I intend to keep my mechanics in top form and remain a competitive jungler. After my suspension I hope to rejoin the championship series and once again compete at the highest level. League of Legends is my life, and I will do everything in my power to play as long as possible.”

An apologetic and accepting tone, and one that only took getting punished nine separate times by the game’s governing body to elicit.

That’s right, prior to this extensive ban, the League of Legends tribunal, which gives the player community the opportunity to decide what is and isn’t appropriate, weighed in on Rivera’s behavior on eight other occasions. In the ruling from Riot Games, the developer stated that the pro gamer “violated the letter and spirit of the Summoner’s Code in a systematic fashion,” which is evidenced by his consistently terrible behavior.

“His persistent tendency to engage in verbal abuse and insults, his lack of cordial demeanor, and his treatment of less-skilled players is unacceptable for any player, especially a high-profile professional player who has a regular opportunity to lead the community by example.”

This is the highest profile ban in what is video game’s biggest competitive title. It is likely to set a different tone among the remaining players.

Riot has the capability to track a player’s behavior based on a peer-to-peer ranking system. Rivera’s “harassment score” was worse than any other North American pro player.

I wonder how the guy who was No. 2 on that list feels today?

As a member of Team Dignitas, Rivera had several major sponsors, including Intel, Antec, and Alienware.