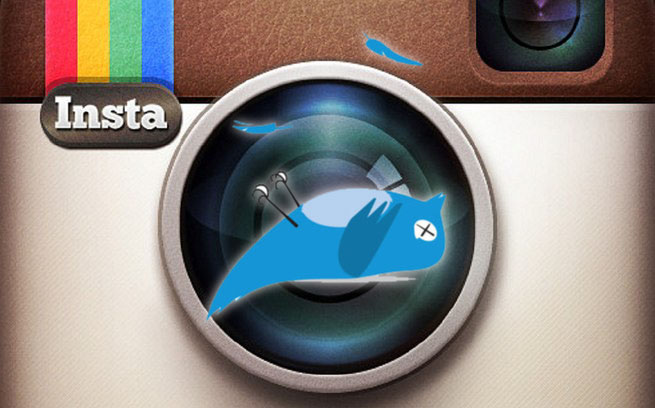 If you enjoy the ability to check out all the rich media directly from your Twitter stream, you’ll be annoyed to find out that it won’t work anymore for Instagram photos.

Basically, if you want to see a properly displayed Instagram photo that someone shares on Twitter, you’ll be forced to click the URL provided and go directly to Instagram’s site.

The move was likely done by Instagram as part of a growing battle between its parent company Facebook and rival Twitter, both of which are fighting to gain dominance in the photo sharing space. And honestly, the move also makes a lot of sense. Facebook spent a ton of money to acquire Instagram back in April, which at the time, was a predominantly Twitter-friendly service.

We’re reaching out to Facebook/Instagram for further comment, and will update this post with any new information we find out.

Update 7:30 a.m. PST: Onstage at tech conference LeWeb, Instagram CEO Kevin Systrom said he apologizes for the recent change to how photos are displayed on Twitter, according to The Verge. He added that it was “the correct thing for our business to do at this time.”

Additionally, Systrom said Instagram still has a good relationship with Twitter, and that this recent action would have been done regardless of its sale to Facebook.

We’re still awaiting an official response from the company.

We are currently working on building the best experience for Instagram users. A handful of months ago, we supported Twitter cards because we had a minimal web presence. We’ve since launched several improvements to our website that allow users to directly engage with Instagram content through likes, comments, hashtags and now we believe the best experience is for us to link back to where the content lives. We will continue to evaluate how to improve the experience with Twitter and Instagram photos. As has been the case, Instagram users will continue to be able to share to Twitter as they originally did before the Twitter Cards implementation.