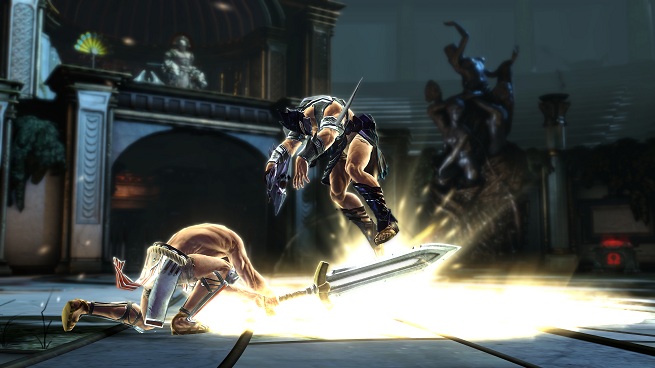 God of War: Ascension’s multiplayer mode is an interesting blend of first-person shooters, fighting games, and unsurprisingly, the series’ solo campaign. “It sounds cheesy, but we really did look at ourselves for inspiration,” said Whitney Wade, the senior producer at developer Sony Santa Monica. “Obviously were not a shooter — I think those are the most successful types of multiplayer games — and we just don’t have that type of gameplay. So it was more of a challenge.”

The developer is instead cherry-picking the best elements from those and other competitive games. I checked out how this new God of War installment is branching out from its single-player roots at a Sony open house in Santa Monica, Calif. Fans will be able to test out this new mode when the beta comes out — “soon.” Until then, here’s my take on the game’s unique blend of genres.

One of the first things players will notice about Ascension is that the controls and moves are pretty deep. Anyone who has made it through a previous God of War game shouldn’t have too much trouble. Sony Santa Monica did stress the importance of the tutorial, however, and had all the visiting journalists work through it before we could knock heads.

After we survived basic training, we knew how to throw down with an array of light and heavy weapon attacks, kicks, grappling chain moves, blocks, parries, dodges; you get the picture. 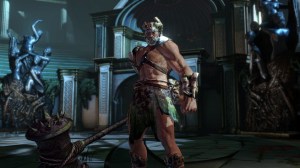 It feels like a fighting game in that regard, especially when you factor in the special moves. With the hammer, I could pound the ground and rattle nearby opponents or knock them into the air and string together a combo. The way these special moves recharge on a timer adds a nice strategy element.

While Ascension’s multiplayer mode might control like a fighting game, the 4-on-4 team mode “Favor of the Gods” flowed more like a shooter. We got to run around the nice, open areas of the Desert of Lost Souls. I appreciate how the stage was big enough for me to provide support for my comrades instead of constantly fending off attacks.

Players earn points for their teams from killing opponents and collecting orbs from chests, maintaining control over special altars, and springing traps successfully. I didn’t catch whether my three-kill streak (that I knew about because a sentence announcing it flashed on my screen) resulted in a bonus for my side or not. I’d be surprised if it didn’t  though, since if you land a nice combo or take someone out in a particularly brutal fashion, the gods award your team extra points.

To accent the kill, Ascension borrows the fatality finishing move aesthetics from Mortal Kombat and puts it to good use. I remember bashing one opponent’s skull in with my giant hammer and gutting another one with my sword so that his intestines burst out. Rather than that ending the match, however, those guys respawned and everyone continued to compete for the highest score.

At the end of the round, you see who had the most kills, deaths, assists, and so on. Based on your performance, the game awards XP points to level up with, similar to the more recent Call of Duty installments. You can eventually unlock new armor to upgrade your warrior. The developer emphasized that they’ll have a match-making service to ensure that the bouts stay as balanced as possible. 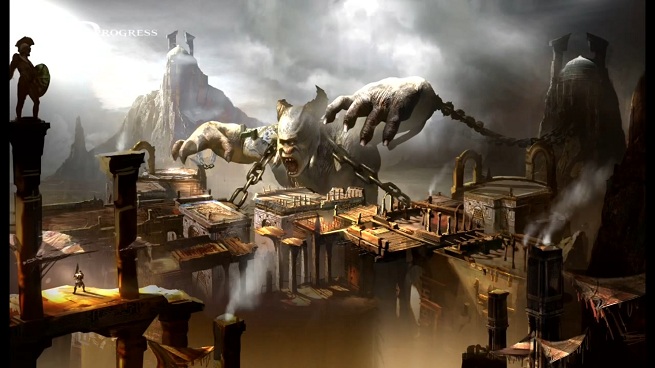 No one likes a cheap death. One thing I always hate about shooters is quickly dying from a hidden sniper or someone sneaking up from behind with a shotgun. Ascension’s third-person view and emphasis on close-range combat should hopefully result in a lot less unexpected casualties. In fact, environmental hazards are the main instant ways to die as spikes or flames might shoot up from traps in the ground. Even though they only go off when your opponent walks over trap, the flames will still burn indiscriminately. I learned this the hard way.

To mix up the action that echoes the popular brawler PlayStation All-Stars Battle Royale, nonplayable background characters mess with scrappers on the field. Hercules periodically sends out a shock wave that’ll knock late jumpers off the ledge. Polyphemus the giant cyclops likes to smash puny humans with his elephant-size hands.

We’ll see when the beta comes out if the PS3 faithful like God of War: Ascension’s multiplayer mode enough to put down Call of Duty: Black Ops 2 or PlayStation All-Stars. From the looks of it, they just might, since Sony Santa Monica is putting in a little something for each of those types of fans.