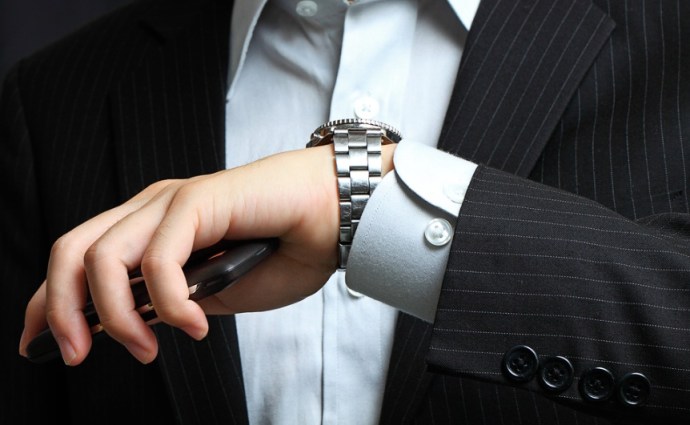 Jason Cohen had a great post on VentureBeat earlier this week about how to structure email requests to busy people. A lot of those people generally won’t take in-person meetings. But if they do, you can do yourself a big favor by doing one simple thing: showing up on time.

I would think it goes without saying that you should be on time to a meeting you requested. But my recent experience has been that people who pay me $800 an hour for my advice show up on time and people who pay nothing are often late — many times with no advance notice.

Earlier this week, I had a 6 p.m. meeting. I arrived at 5:54 and sent the other person a message indicating where I was. At 6:10 the person responded that they were walking and 10 minutes away. They were running 20 minutes late and didn’t bother to let me know ahead of time. As luck would have it, my phone died at 6:08 and I left at 6:15.

The best case scenario in this situation is that you have to start a meeting with someone with an apology and you get someone who is in a bad mood because of you. That’s hardly what you want when you’re looking for help or advice. On the other hand, the meeting might not happen and you won’t get a second chance.

Yes, there are valid excuses. But those are and should be rare. Traffic and transit delays are not valid excuses. If you don’t know that there’s traffic on the 101 at 5 p.m., that’s your problem, not mine. If you couldn’t find parking in San Francisco, it’s your fault for not leaving early enough to allow for parking time. You should account for variability given the conditions.

If you’re going to be more than 5 minutes late (for any reason), you need to send a message with an apology and an ETA. And if you’re late, offer to buy drinks or dinner or whatever it was you were doing.

Here are some of the things that I do to try to ensure on-time meetings:

Being late not only hurts your reputation, it can hurt the overall ecosystem. Every person who is late or blows off a meeting reduces my desire to take meetings from others.