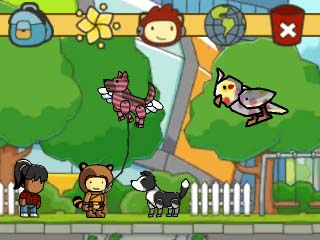 Nintendo is once again out to prove that it is totally serious about supporting its various online platforms, as you can download new content this week for not just the 3DS and Wii U but the DSi and original Wii as well. Yep, it’s one of those “something for everyone” updates, which should hopefully help clear out the boring taste of last week’s Pac-Man port and YouTube app.

First up is the 3DS eShop, which is getting loads of new content today, including a demo of two-screen-platformer Fractured Soul, two more Coin Rush DLC packs for New Super Mario Bros. 2, a port of the NES’ Mighty Bomb Jack, and an adventure game called Murder on the Titanic. I don’t want to spoil anything, but I’m pretty sure the iceberg did it.

Also, Nintendo has apparently put on its rooster hat and written “full version of Scribblenauts Unlimited” into its magic notebook, as you can now download that and the full versions of Harvest Moon 3D: A New Beginning, Classic Games Overload: Card & Puzzle Edition, and Lego The Lord of the Rings on the 3DS eShop.

Finally, dubstep artist Skrillex brings the wub wub to the Nintendo Video section with a video for his song Breakn’ A Sweat, which also features The Doors. I can only assume that classic rock fans are very happy about that pairing. 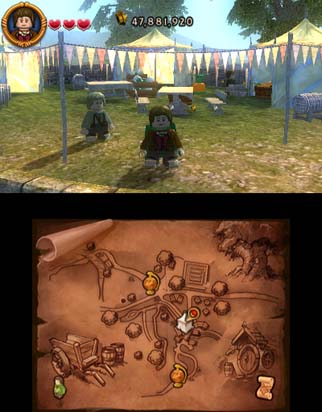 Moving on to the Wii U, the system gets one of its first demos: FIFA Soccer 13. Adding more demos like this should bode well for the console going forward, especially since Nintendo shows no signs of decreasing the amount of full retail games it adds to the eShop. Speaking of, this week you can download Family Party: 30 Great Games Obstacle Arcade, Ben 10 Omniverse, Marvel Avengers: Battle for Earth, and Rise of the Guardians: The Video Game.

Wrapping things up with the DSi and the Wii, the former gets hidden object/minigame collection Christmas Wonderland 2 and role-playing game Crystal Adventure, while the latter finally gets a Virtual Console title that isn’t an old SNK brawler: the arcade classic BurgerTime. It’s still no Earthbound, but at least you get to kill pickle monsters.