The rumors were finally confirmed yesterday, when Gabe Newell openly talked about Valve's upcoming console – said to compete with the next-generation Xbox and PlayStation platforms. Tentatively dubbed the 'steam box', reports are saying that the console could be ready to ship next holiday season, or further in to 2014.

What does this mean for gamers? It means the leader in PC game distribution is making its way to the living room. Sure, they pushed their Big Picture mode earlier this year – a target by Valve that adjusted games to work on living room TV's, and discounts on controller-friendly titles. This however, would be a full-fledged assault on taking over gaming across all platforms, not just your computer. 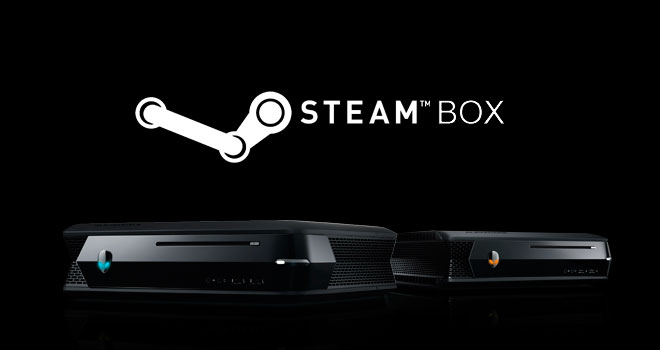 There's no guarantees, but with Valve game production all done in-house, there could be nothing stopping Valve from making the highly, highly, anticipated sequel of Half-Life 2 (which was crowned game of the decade at the VGA's this weekend, by the way) available exclusively for Steam, on PC and on their new console. Steam has more users than Xbox LIVE or PSN, and if they were to make your steam account work cross-platform from your computer to your console, fans would react wildly.

Remember how excited Nintendo was this year about how you can be playing Mario on the console, and if someone else wanted to use the television, you can continue to play on the gamepad?

Now imagine if Valve allowed all purchased video games on Steam be available to the consumer on both platforms. Through cloud sharing, Valve could take a page from Nintendo's book and have you continue your PC game on your console when the chair in your room starts to hurt your back (cursed chairs). Not only this, consumers would no doubt believe that they are getting more bang for their buck as you are seemingly getting the game twice, for one price. If for legal reasons (I'm no lawyer) this option is not viable, they could easily do it for their first-party games, which would be just as much of a selling point.

Part of what has made Steam such a success is the vast amount of sales that are offered every single day. These sales are much greater in quality and quantity than anything the Xbox LIVE Arcade, PlayStation Store, or WiiWare has to offer. Making this service available for the steam box is almost a given, and the aforementioned competitors would be wise to follow suit.

Competition increases innovation, and having Valve as a new player in the console industry can only be looked at as a good thing. Even if you don't plan on picking up the steam box, the possibilities of it alone are sure to add pressure on Microsoft, Sony, and Nintendo to add that extra oomph to their next-generation consoles. This is good news, friends.