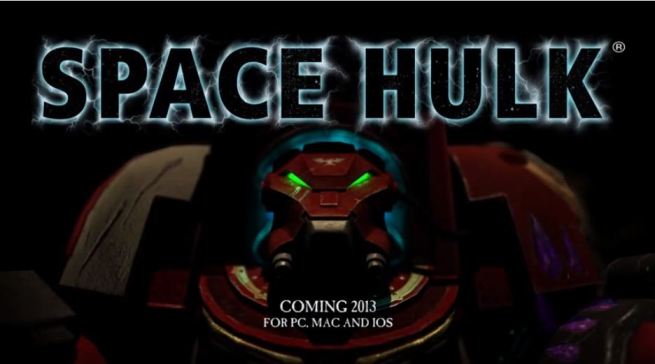 No, this isn’t a story about a new NASA initiative to replace the shuttle program with Hulk Hogan.

Space Hulk, the 1989 board game from Games Workshop about the Space Marines of the Warhammer 40,000 universe clearing out derelict interstellar ships, is back. This time, developer Full Control is working with Games Workshop to turn it into a turn-based strategy game for PC, Mac, and iOS in 2013.

In Space Hulk, one player controls the marines while another controls the enemy Genestealers. The board game is unique in that while both players were looking at the field of play, the Space Marine player can’t see where his opponent places the Genestealers. This created intense matches that the developer will attempt to recapture in this adaptation.

Space Hulk the video game features 3D environments, a single-player campaign, and cross-platform multiplayer. Its multiplayer comes in both co-op and competitive varieties. The co-op pits players against A.I. controlled enemies, while the competitive mode re-creates the gameplay of the original Space Hulk.

Now, I await the pictures of the Incredible Hulk wearing a space suit in the comments.