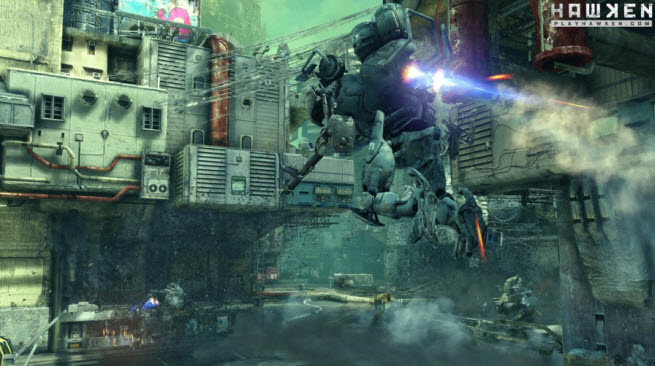 New York-based Live Gamer will provide the back-end platform for the virtual economy of Hawken, which users can play for free but need to pay with real money for virtual goods. Live Gamer will also equip the game with 27 payment methods in 49 currencies around the world. That means that players in countries that don’t use credit cards will have alternative payments with methods such as debit cards, prepaid cards, direct carrier billing, or text-message billing. Without this kind of monetization support, Hawken wouldn’t have the potential to be a blockbuster game.

Andrew Schneider, the president and cofounder of Live Gamer, said in an exclusive interview with GamesBeat that the deal is one more sign that Live Gamer has made huge progress in providing the engine behind free-to-play games.

“It’s indicative of the projects we’ve been working on for the past year in growing our global payments capability,” Schneider said. “We can deal with the more complicated issues around payments, from start to finish. These relationships are thrilling for us, and they keep us busy.”

Global launches of retail hardcore games are particularly rare in the game industry, except among the largest publishers. But Meteor, a startup, has figured out that it’s different for hardcore online games that have broad appeal.

Meteor Entertainment plans to publish Hawken globally (except for the Chinese market) starting on Dec. 12 in an open beta. In the game, players pilot heavy war machines, or “mechs,” with a fast-paced action that resembles a Call of Duty multiplayer game. Live Gamer will provide monetization, including payments, virtual item catalog management, merchandising, analytics, and the look and feel of purchasing items. The goal is to increase the conversion of nonpaying players to playing payers, raising the average revenue per playing player, and retaining players.

Hawken has generated huge buzz since its high-quality, console-like gameplay was revealed in a YouTube video. Adhesive Games is its developer, which is part of publisher Meteor Entertainment. On the strength of the buzz about Hawken, Meteor raised $28.5 million in two rounds from Benchmark Capital, First Mark Capital, Rustic Canyon Ventures and Chinese mobile entertainment company KongZhong.

“Live Gamer is the trusted industry solution and their global reach made them the obvious partner for our Hawken open beta event,” said Mark Long, the CEO of Meteor Entertainment. “Using their platform we were able to add robust features and functionality as well as payment coverage on a global scale in a short timeframe.”