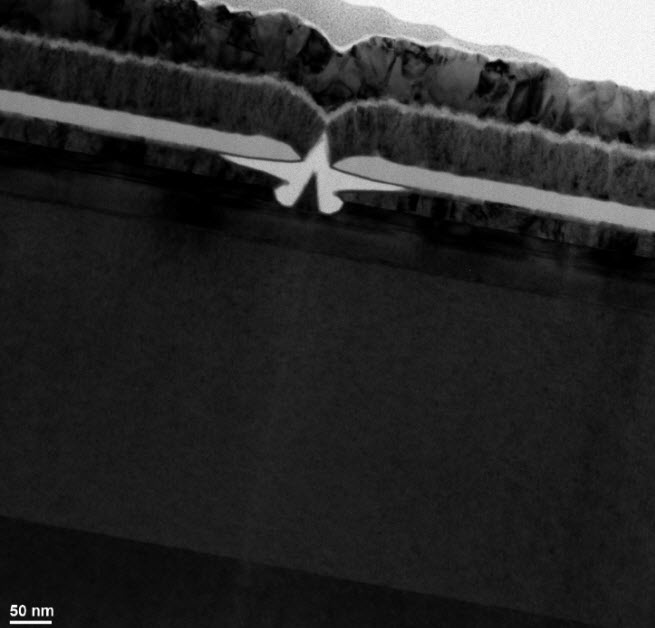 Researchers at the Massachusetts Institute of Technology say they have created the smallest transistor yet from a material that could one day replace silicon in semiconductor chips.

Silicon has ruled for decades. But the team at MIT’s Microsystems Technology Laboratories has created a 22-nanometer chip made of the compound material indium gallium arsenide.  (A nanometer is a billionth of a meter). The material is a promising candidate to eventually replace silicon in computing devices, said co-developer Jesús del Alamo, a professor at MIT’s Department of Electrical Engineering and Computer Science (EECS), who built the transistor with EECS graduate student Jianqian Lin and fellow electrical engineering professor Dimitri Antoniadis.

For years, chip makers have successfully shrunk the dimensions of electrical circuits etched in silicon, allowing huge numbers of transistors to be squeezed onto chips. But the amount of power that can be fed through those tiny circuits is limited, since the chips run the risk of melting down. This has led to fears that Moore’s Law — the prediction by Intel chairman emeritus Gordon Moore that the number of transistors on microchips will double every two years — could be about to come to an end, del Alamo says.

An alternative is the compound indium gallium arsenide, which is already used in fiber-optic communication and radar technologies. The researchers have shown it is possible to build a tiny metal-oxide semiconductor field-effect transistor (MOSFET) — the type most commonly used in logic applications such as microprocessors — using the material.

“We have shown that you can make extremely small indium gallium arsenide MOSFETs with excellent logic characteristics, which promises to take Moore’s Law beyond the reach of silicon,” del Alamo said. “Through a combination of etching and deposition we can get the gate nestled [between the electrodes] with tiny gaps around it.”

The research was funded by the Defense Advanced Research Projects Agency (DARPA) and the Semiconductor Research Corporation.

The team is presenting its work this week at the International Electron Devices Meeting in San Francisco.