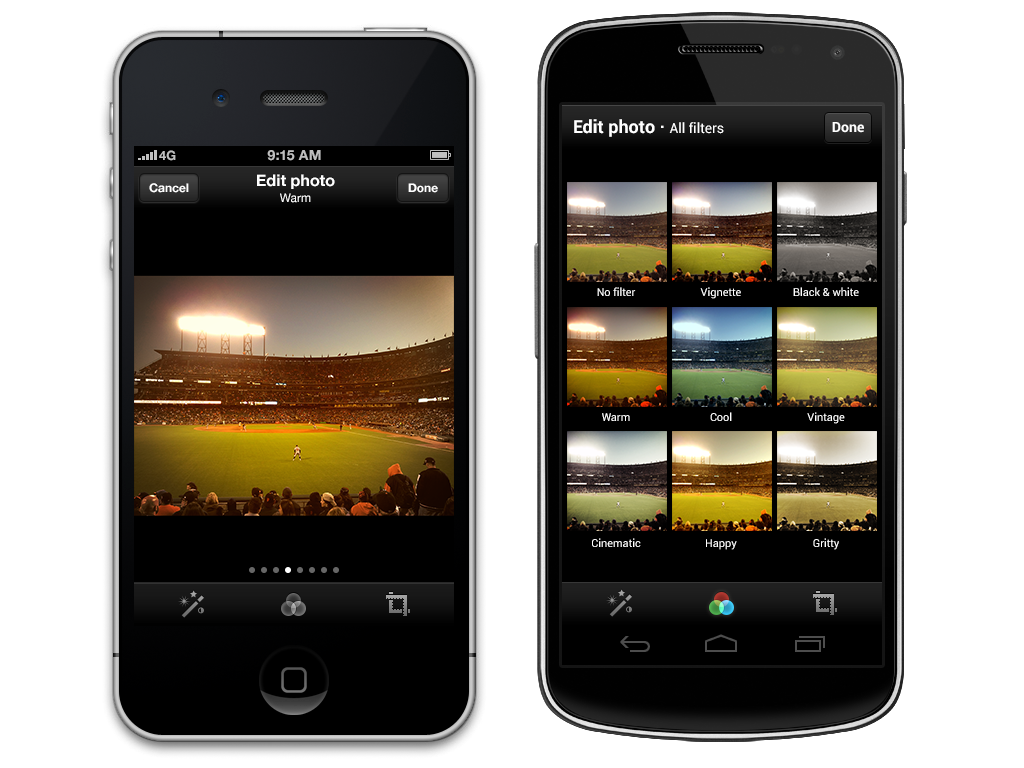 Twitter has just published a nice little update to its mobile apps: photo filters, which should take the sting out of Instagram’s recent falling-out with the social network.

Twitter for iPhone and Android now contain special image-editing capabilities, courtesy of new Twitter partner Aviary. In addition to cropping and auto-enhancements, the apps give you eight different effects to choose from for hipstery, vintage-ish photos.

As we read today on the Twitter blog, “As one of the most compelling forms of self-expression, photos have long been an important part of these experiences. Starting today, you’ll be able to edit and refine your photos, right from Twitter.”

Given that Facebook acquired Instagram earlier this year, it wasn’t such shocking news. We suspect that the smart folks at Twitter may have anticipated the move and collaborated with Aviary accordingly.

A Twitter rep tells us, “We’ve been working with Aviary for months to introduce ways to edit and refine your photos.” It doesn’t want these filters to look like a reaction to the Instagram acquisition, but in either case, Twitter was prepared and has been working hard to beef up its internal photo tools for a while, starting with in-app photo sharing in August 2011.

Aviary itself just recently got into mobile photo editing over the summer. Aviary’s own mobile app was mostly intended to show off its SDK for developers who might want to add filters and photo features to their own apps. Given the thousands of partners who signed up with Aviary before Twitter jumped on board, we can safely say the effort has paid off.

Twitter’s own homebrewed filters mean that Twitter-official-app-generated photos will show up in feeds without any hangups and with full previews. The downside is that you have fewer options for filters, but most of the Twitter filters don’t appear to be as heavy-handed as some of Instagram’s filters.

Hopefully, the new update for Twitter’s mobile apps will help us all filter out the ugly in time for the social network’s upcoming forced upgrade to the new profiles, which showcase images prominently.