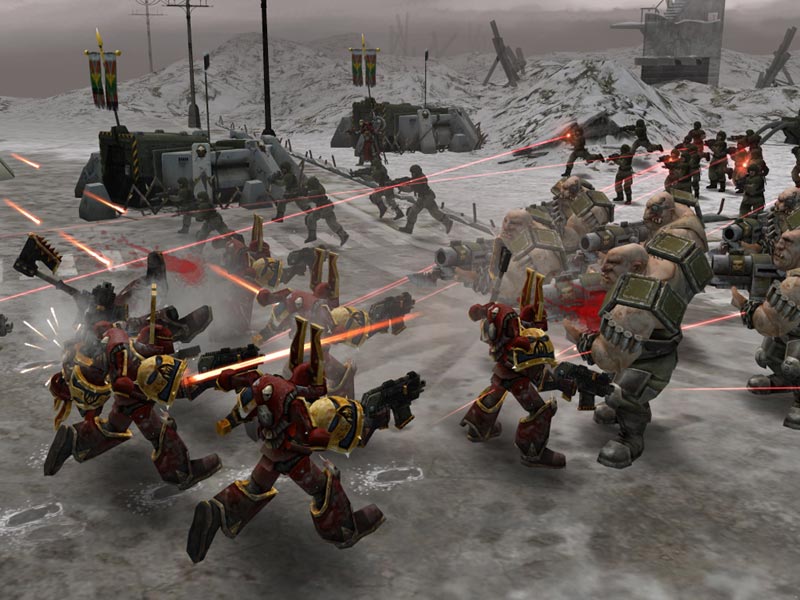 Today, Humble Bundle cofounder Jeff Rosen announced that THQ added its sci-fi real-time strategy title Warhammer 40,000: Dawn of War to its bundle for anyone who pays more than the average (currently $5.64). So if you shell out $5.65, you’ll get Saints Row: The Third, Titan Quest, Red Faction: Armageddon, Darksiders, Metro 2033, Company of Heroes, Company of Heroes: Opposing Fronts, and Company of Heroes: Tales of Valor along with Warhammer.

We just added Warhammer 40,000: Dawn of War GOTY to the Humble THQ Bundle! Check out the site for more details! humblebundle.com

Warhammer 40,000: Dawn of War from developer Relic Games is about controlling a squad of Space Marines and other future-fantasy warriors in battles to control positions on a map. It’s similar in style to Relic’s Company of Heroes game, only with a lot more laser beams.

With little more than two days left, more than 770,000 people have paid a total of over $4 million for this compilation. THQ will share that money with Humble Bundle, Child’s Play charity, and The American Red Cross.