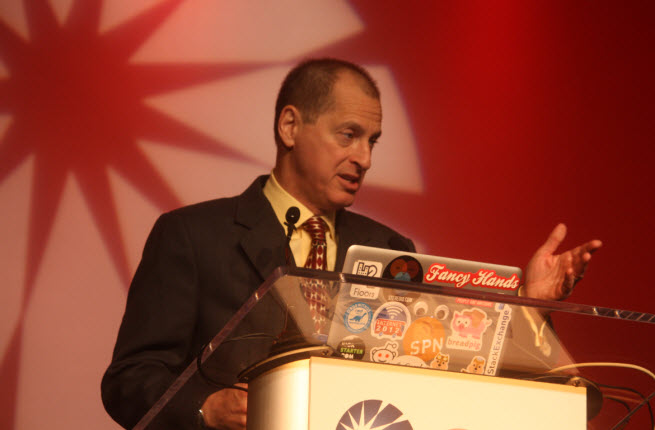 Back in January, the 2012 International Consumer Electronics Show broke attendance records, with 156,153 people coming to see what’s hot in tech. And this year, the show is likely to be just as big. 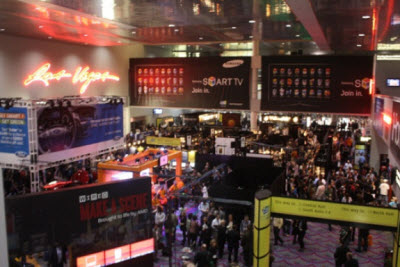 The show is on track to match last year’s attendance and will set a new record in terms of square footage on the show floor, Consumer Electronics Association chief executive Gary Shapiro (pictured above) told VentureBeat. The annual CES event in Las Vegas is the U.S.’s largest tech show. Shapiro said this year’s show, which runs January 8-11, will cover more than 1.85 million square feet. That says a lot about the health of the $1 trillion electronics industry.

“We’re feeling terrific,” he said. “Every day brings more good news. We are bigger than last year, in terms of our footprint. That’s how we measure the size of the show in the trade-show world. It can’t get a lot bigger because we’re space-constrained for this year and next year in the terms of our contracts and the space available in Las Vegas. But we’re setting a new record. We’re far enough above our record last year that we’re comfortable saying it’s broken.”

The number of exhibitors will likely be around 3,319, or close to the same number as last year. Shapiro isn’t making exact projections.

Shapiro’s job is to make sure that you feel like you’re left out if all of your tech friends are going to Las Vegas and you’re not. But he contends that CES doesn’t pack in locals and tourists like sardines. The screening measures are tough, especially for anyone attending from Nevada and Southern California. You really do have to be an industry professional to get in. 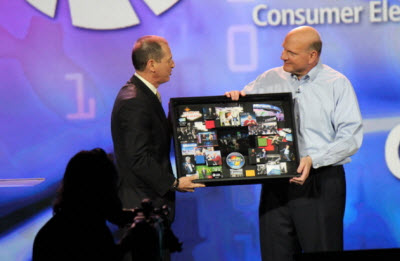 And Shapiro said the show is going to be packed even without Microsoft, which has traditionally given the opening keynote on the night before the event starts. This year, the opening keynote will be by Paul Jacobs, chief executive of mobile chip maker Qualcomm. That change is symbolic, as Microsoft represented the PC industry, while Qualcomm generates billions on the strength of smartphone and tablet chip sales. Shapiro said the keynote slot was “intensely sought after.”

But Shapiro believes there’s another reason for the show’s popularity.

“It’s the world’s largest annual innovation event, and innovation is a focus of a lot of different companies,” he said. “In Washington, it’s bipartisan. Everyone’s talking about it. Internationally, every country wants to be an innovative country, so they come. We’re getting diverse industries coming. We know what areas we’re growing in. We’re growing in the automobile area. We have seven of the 10 largest car companies exhibiting. The thing I’m really excited about is the startup area. We did a deal last year for Eureka Park and we thought we’d have 30 companies. We had 100, and this year we have 140.”

Another big draw will be anything connected to Apple. Apple employees are coming, but Apple traditionally doesn’t exhibit or speak at CES. But the iLounge section devoted to Apple-related products built by other companies is now going to have 440 companies across 120,000 square feet.

“Digital health is absolutely huge,” Shapiro said. “We’re up 25 percent there. We know a number of our keynoters will be talking about it. Almost 10 percent of our exhibitors have something to do with health care. We’re featuring a company called HealthSpot, which has a [HealthSpot]Station. It’s basically an ATM for health care. You go into this little room, it weighs and measures you, you hit a touch screen with your symptoms, and then it connects you to the appropriate doctor. The doctor can raise other measurement stuff, and if you’re in or near a pharmacy, you get a prescription.”

The show will also have a section for electric vehicles, dubbed Go Electric Drive. The Sustainable Planet section will return with an emphasis on green technology. And there will be a section for photo imaging products, connectivity, and the smart grid. Some 37 gaming companies will be spread across the show. 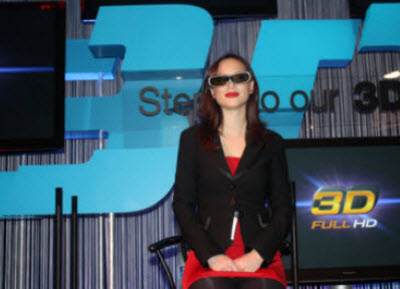 Shapiro said we’ll see a lot of touchscreen, gesture, and sensor technology. There will also be a lot of “wireless wallets,” or ways to pay for goods on the run. Enterprise companies are also showing up since they don’t really have a home.

“There’s a shift in the sense of the business world,” Shapiro said. “Although it’s called the International [Consumer Electronics Show], there’s more and more business going on. There’s no real business show anymore. Comdex went away. A lot of CIOs are coming to the show, given the business adoption of consumer technology. Obviously the cloud is very hot. We’re seeing cloud-based services. I mentioned digital health care. Wireless home automation is definitely a trend we’re seeing.”

While most people have purchased high-definition TVs, the consumer companies are starting to hawk UltraHD TVs, which have 4K resolution, or more than 4,000 horizontal lines, compared to 1,080 for HD TVs. (Hopefully, UltraHD, which can cost $25,000, will fare better than 3D TV). Shapiro also expects there will be a lot of 3D printing technology. And car technology will focus on connectivity.

Tech issues up for discussion

Lots of members of Congress will attend the show, and all five commissioners of the Federal Trade Commission will be there. With them will come discussion about how the industry managed to defeat last year’s Stop Online Piracy Act, which, among other things, tried to shift the burden for dealing with piracy to web site owners.

“Last year, we were proud about how CES was where people figured out how we’re going to fight this thing,” Shapiro said. “There was talk about an Internet blackout, and it was less than two weeks after that the whole thing shifted. A bill named SOPA will never appear in Congress again. It’d be like naming your kid Adolf. It just won’t happen.”

Issues that will come up this year are privacy and the environment. The fiscal cliff will come up. Immigration is still an issue, as the House recently approved a bill to allow students pursuing advanced degrees to receive legal immigration status in the U.S. Shapiro, who wrote a book last year on American competitiveness, argued heavily for that change. He said he was encouraged that Apple has decided to manufacture some of its goods in the U.S. again. He has another book coming out called Ninja Innovation.

“That’s focused more on innovative companies rather than just public policy,” he said. “There’s a lot in there about CES and how companies have used CES to get their message out, about CES as a venue and a strategy.”

Last year, more than 5,000 media and industry analysts attended, with coverage of CES up 35 percent from a year earlier.

Will swings in the financial markets affect attendance? Shapiro said, “I worry more about the weather than anything else.” As for the big product, Shapiro said, “I”m usually wrong when I predict that stuff.”