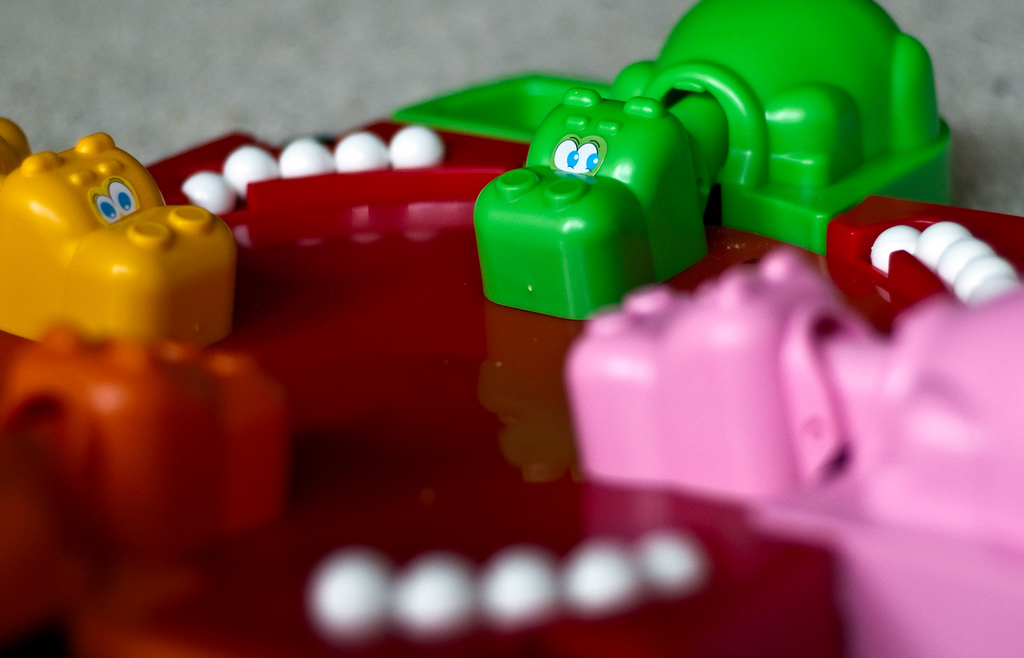 It is safe to say that everybody loves food. Whether you are a health nut, a hedonist, a home baker, or a delivery-prone bachelor, the startup community is coming up with services for your every need. Food startups make up a major part of today’s funding news, with a smorgasbord of companies gobbling up investment dollars. To make the predictable analogy, building a company is a lot like crafting a gourmet meal. Entrepreneur start off by following certain guidelines and recipes, work with available resources, follow their flavor instincts, and hope that whatever comes off the stove is something people want.

Genetic testing startup 23andMe has raised $50 million in fresh funding with hopes to increase its user base and make greater genetic discoveries, the company announced today. 23andMe, based in Mountain View, Calif., tests people’s genes and gives them data about their ancestry and genealogy based on those tests. The company says the new investment will go toward boosting its user base of 180,000 customers to one million people. The new round was raised by new investor Yuri Milner, a powerful Russian billionaire, and existing investors Wojcicki, Google co-founder Sergey Brin, New Enterprise Associates, Google Ventures, and MPM Capital. Including the new funding, 23andMe has raised about $102 million in capital to date. Read more on VentureBeat.

One Kings Lane grabs $50M from IVP &amp; others to boost home-focused ecommerce

One Kings Lane, a prominent e-commerce business for home decor, raised $50 million in a new round of funding with hopes of rapid expansion, the company announced today. One Kings Lane sells a variety of home goods to its more than 6 million members. The company launches up to 3,000 new products a day that tie to various decorating themes. The new round of funding was led by Institutional Venture Partners (IVP), with participation by Kleiner Perkins Caufield & Byers (KPCB), Greylock Partners, Tiger Global Management, and new investor Scripps Networks Interactive. Including the new round, One Kings Lane has raised a total of $117 million. Read more on VentureBeat.

There is money in oil, even when it is for technology that makes extracting it more cost-effective. GlassPoint Solar, a company which manufactures solar steam generators for the oil and gas industry, has closed a $26 million round of funding. GlassPoint’s technology is designed to operate in harsh oilfield environments to maximize production. It uses thermal energy to save natural gas resources, reduce gas consumption, and reduce carbon emissions. This investment is “a key next step to future large-scale deployment” of the technology. New investor Royal Dutch Shell group, as well as RockPort Capital, Nth Power, and Chrysalix Energy Venture Capital participated in this second round.

Putting “zen” in front of a title seems a good way to bring in the millions. Zendesk raised $60 million in September and the Zen Garden is a $14 million penthouse apartment in New York City. Today, another “zen” company is joining their ranks.

Farmigo is opening a farmer’s market platform today which connects farmers with local communities to make procuring fresh, seasonal, local products as easy as possible. The company also announced securing $8 million in financing. Farmigo started in 2009 as an online software provider to help farms manage their Community Supported Agriculture (CSA) programs. With local food communities, it targets businesses and community groups of all sizes who are interested in creating their own farmer’s markets. The service is currently available in Northern California and New York City, and this funding will contribute to national expansion. This second round was led by Sherbrooke Capital and RSF Social Finance, and joined by Benchmark Capital, which led the Series A of $2 million in 2009. Read more on VentureBeat.

Hello Fresh reignites the art of cooking for Web 2.0

Hello Fresh is taking a Web 2.0 approach to Julia Child’s mission. This food startup has raised $10 million to expand its platform, which makes creating tasty, healthy meals at home as effortless as possible. Each week, the site features five new, easy recipes created by professional chefs and nutritionists. Users select the meals they would like to prepare, and then a “personal sous chef” will assemble all the ingredients and mail a box to their door. The actual cooking is all that is left to do.

The company was founded in Berlin and currently operates in Germany, the Netherlands, the UK, France, Australia, and the US. This $10 million in growth financing will bring Hello Fresh into new markets. It was led by Vowerk Ventures, a firm based in Germany, with all the old investors — Rocket Internet, Holtzbrink Ventures, and Kinnevik AB — throwing in as well. Read more VentureBeat.

NatureBox adds to its bank account, not your waistline, for its healthy snack subscription service

Everybody loves to snack, but most of the snack options available in America are processed and contribute to our obesity epidemic. Rather than trying to curb people’s munching habits, NatureBox takes an e-commerce approach with its subscription service that delivers boxes filled with nutritionist-approved healthy snacks each month for $20. Unlike many other online subscription business, NatureBox creates its own products, without hugh fructose corn syrup, hydrogenated oils, trans fats, artificial sweeteners, flavors or colors of any kind. This $2 million seed round, led by General Catalyst and Redpoint Ventures, will help NatureBox scale on the inventory side to meet anticipated growth.

Can you hear me now? Verizon Ventures invests in search technology

The venture arm of Verizon Communications has invested in Q-Sensei Corp, a company that offers an enterprise platform for search, discovery, and analytics. Q-Sensei leverages big data with a multi-dimensional search engine. The amount of this round has not been disclosed, although Verizon Ventures typically invests up to $5 million  in companies that could drive innovation for the parent company. Q-Sensei is based in Germany. Read the press release.

Growing up with a beagle, I am a sucker for anything Snoopy. Today, SNUPI Technologies (which, incidentally has nothing to do with beagles) raised $1.5 million. Far from napping atop doghouses, this company creates wireless sensor networks in homes using the wiring that is already in place to detect potential hazards. SNUPI stands for Sensor Network Utilizing Powerline Infrastrucutre. The project grew out of research conducted at the University of Washington and this financing will propel the technology to consumer-readiness. It was led by Madrona Venture Group and Radar Partners.

Speek has raised $1.2 million for its visual calling platform that does not involve personal phone numbers, or bridge numbers and pins. All you need to set up a conference is a speek.com/user name link. Users can join calls by clicking the Speek link from their phone or the web and the service is free. CEO John Bracken formerly founded Evite.com and worked as a business development executive at AOL. Since launching Speek in June, the platform won Distilled Intellience 2.0, a pitch competition held by Microsoft and DC incubator/venture firm Fortify. It also received funding from 500 Startups and AOL’s Fishbowl Labs Incubator.

Social banking platform Waspit secured $3 million from a group of New York-based angel investors. Waspit targets students to help them manage their finances. It offers a range of tools to help them make debit card and mobel payments, pay bills and make transfers, and split bills. The platform saves all the information so students can track their spending, and offers social engagement features to make banking more interactive and enjoyable. Waspit launched two months ago and has since built a user base of 5,500 students. This investment will contribute to sales and marketing, as well as adding new features.

Photo-sharing. What a novel concept. Wink, yet another photo-sharing app, is announcing that it has raised a “significant” second round from Mangrove Capital Partners. Wink offers instant photo-sharing with only friends who are in photos with you. It uses algorithms to figure out which friends are nearby and automatically tags them. Rather than broadcasting a “drunk, silly, slightly out-of-focus” picture to your entire social network, Wink makes it easier to only share that photo with the people who were also involved in the “drunk, silly, slightly out-of focus” shenanigans.” Wink was initially founded under the name Evertale.

Dutch startup Owlin secured $250K in seed financing for its system that uses machine learning to detect events and rank the news. The technology seeks to shows the buzz and reliability of news items to help users do in-depth analysis of news topics. It is targeted at financial institutions and governments to help them gain a better understanding of news on the web, which is particularly useful in the case of high-impact stories. NoRo Venture Capital led this round. Owlin came out of the Amsterdam-based Rockstart.Accelerator program.