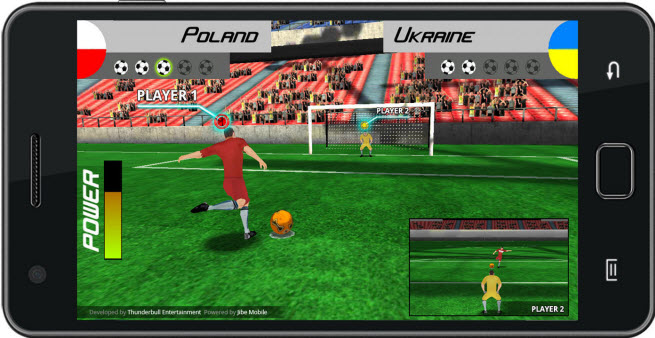 If you ever tried playing a game in real-time against another human opponent on a mobile device, you might find it difficult to do. The lag in transferring data from one smartphone to another can be pretty bad. Jibe Mobile has built a network to solve that problem and deliver rich communications (such as video chat), real-time games, and other innovations on mobile devices.

The Mountain View, Calif.-based company is announcing today that it has raised $8.3 million from Vodafone Ventures, the U.S. investment arm of Vodafone Group, as well as Tokyo-based game creator MTI. The investment will help the company create its open technology platform that marries advanced telecommunications with smartphones and tablets. It hopes to enable open, Skype-like communications embedded in every app for fun or business. If it succeeds, that would be a pretty big accomplishment, as video communication today tends to consume all of a mobile device’s bandwidth and computing power, leaving nothing for other apps.

“There is no doubt that rich communications are becoming an increasingly important part of the consumer mobile experience,” said Jibe co-founder and CEO Amir Sarhangi. “Jibe’s mission is to make carrier-grade communications simple and accessible for the global market. In-app communication increases user engagement and creates new monetization opportunities for developers. The investments from Vodafone and MTI will help us continue to innovate and extend our platform. We look forward to the next stage and ongoing strong partnerships with our expanding carrier and developer networks.”

Sarhangi promises that Jibe Mobile’s communications won’t be slow. They will infuse applications with real-time app-to-app and multi-user capabilities. With just a full lines of code, developers can integrate the technology into their products with a developer kit. The company sees a future where all apps have built-in communications for voice and video.

The question is whether the company can really do what it says. I saw a demo of an air hockey game being played, but it was hard to tell if the action was really faster than normal. Jibe says that the technology will work fine over 4G wireless data networks.

Jibe Mobile has 30 employees and 500 developers are working on integrating the technology. Jibe Mobile was founded in 2006.