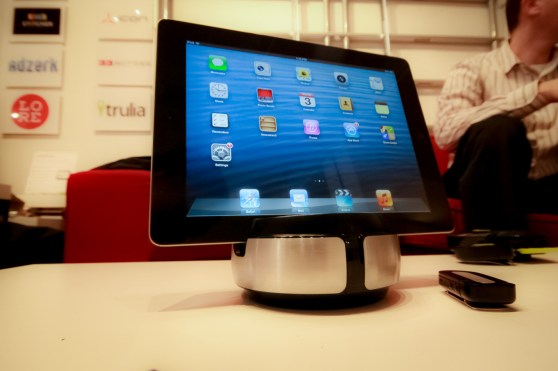 Kickstarting a gadget is one thing, but what happens when you actively court your backers to help you design what you’re selling them?

That’s what Satarii, the team behind Swivl, is attempting with the second revision of its personal cameraman. Built for motion video capture, the device can rotate 360-degrees, giving users a powerful tool for use in a variety of recording applications, including teleconferencing and lecture recording.

But as unique as the original Swivl is, owners have had quite a few suggestions on how to improve it. Which is why Satarii is looking to tap into Kickstarter once again  — this time with a heavy focus on backer feedback.

“We find that the people who put up the dollars tend to be the ones with the best feedback,” Satarii co-founder Vlad Tetelbaum told me. 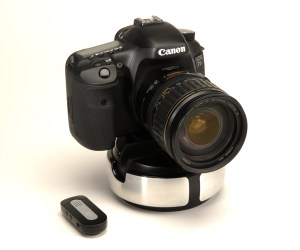 This feedback, Tetelbaum says, was essential to the inclusion of support for both the iPad and DSLR cameras, which Swivl owners practically begged Satarii for.

But what’s really interesting about the new Swivl is that Satarii isn’t quite done designing it yet. “The final feature set isn’t quite defined,” Satarii co-founder Brian Lamb said.

And this is where the Swivl community steps in once again. Rather than create a device that doesn’t consider what features buyers want the most, Satarii plans to ask them directly. What exactly do you want to see in the Swivl? A better battery? A smaller footprint? By speaking directly to customers, Satarii aims to create the perfect device. It’s crowd funding meets crowd design.

Sounds simple in theory, but there are a few concerns. For one, Swivl is a hugely complicated device. “We’re not a watchband. There are over 400 components here,” Lamb said.

For Satarii, this means lots and lots of product testing, which is why the team is launching Swivl’s Kickstarter over six months before it plans to deliver the final product. Welcome to the less sexy side of crowdsourcing: Sometimes it just takes a long time to get a device out the door.

Timeline concerns aside, what Satarii is attempting here is a complete upheaval of the traditional design process. And I’m eager to see how the project goes for that reason alone.