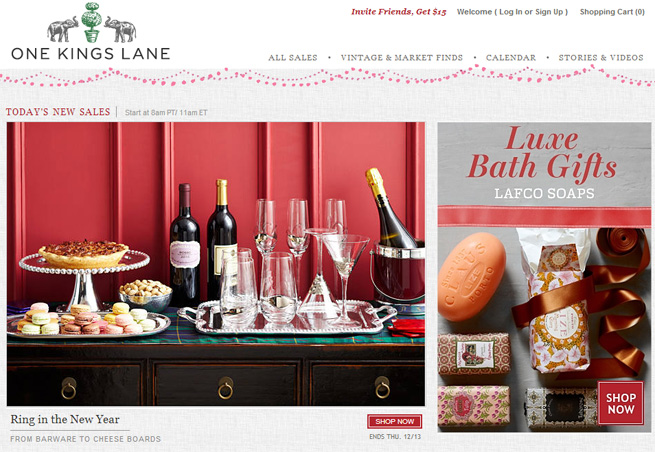 One Kings Lane, a prominent e-commerce business for home decor, raised $50 million in a new round of funding with hopes of rapid expansion, the company announced today.

One Kings Lane sells a variety of home goods to its more than 6 million members. The company launches up to 3,000 new products a day that tie to various decorating themes.

“This substantial round of funding from the leading investors in Silicon Valley, and the leading developer of lifestyle-content for television and the Internet, is further validation of One Kings Lane’s strong business model,” One Kings Lane CEO Doug Mack said in a statement. “One Kings Lane has pioneered innovation in the new commerce space, and this additional funding will allow us to continue to deliver the best online shopping experience in the home market.”

The new round of funding was led by Institutional Venture Partners (IVP), with participation by Kleiner Perkins Caufield & Byers (KPCB), Greylock Partners, Tiger Global Management, and new investor Scripps Networks Interactive. Including the new round, One Kings Lane has raised a total of $117 million. Its last round amounted to $40 million.

San Francisco-based One Kings Lane claims to be on track to achieve $200 million in annualized revenues in 2012. Notably, it also says that 25 percent of monthly revenues come from mobile purchases.