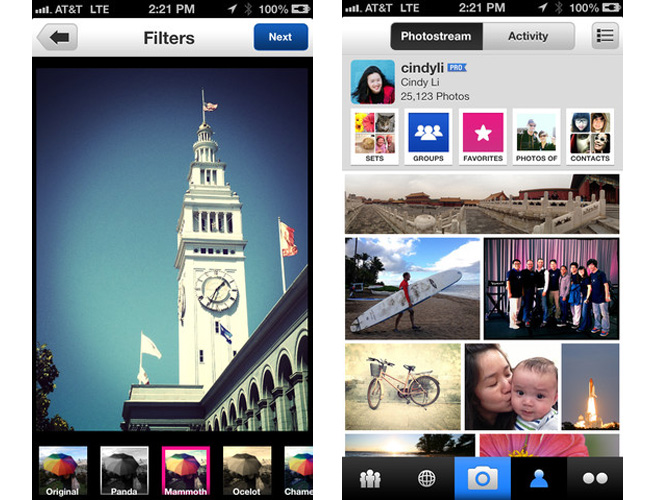 Yahoo’s been busy. Just a day after releasing slick new email apps for iOS and other platforms, Yahoo has updated its Flickr app for iPhone with Instagram-like filters, an easier sign-up process, and more.

Yahoo is amid changes under the direction of former Google VP Marissa Mayer, who took over as its CEO earlier this year. Mayer has pushed for an emphasis on products, and her gameplan for Yahoo’s comeback includes pushing for mobile, partnerships, and acqui-hires. New email and Flickr apps seems like a great start to fleshing out Yahoo’s mobile position.

Flickr’s updated iPhone app includes 16 camera filters, a simplified sign-up and registration process, better Groups capabilities, and the ability to explore photos nearby and other places.

Check out more photos of the new Flickr app below: