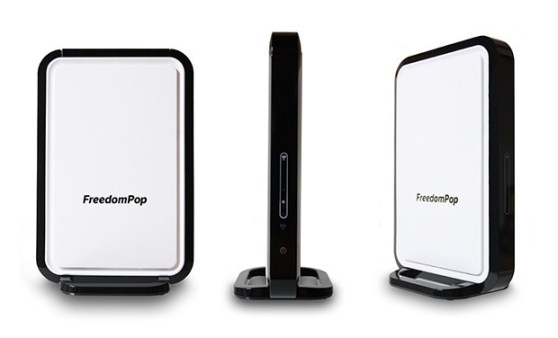 FreedomPop is a company with disruption on its mind.

Three months after introducing its free mobile broadband service, FreedomPop is at it again with an option aimed at home broadband users.

Meant as an alternative to similar 4G broadband services from Clear Wireless and Netzero, FreedomPop will offer users 1GB of free data with its basic plan. But it’s banking that its customers are going to want a bit more, which is why it also offers larger data plans starting at $10 a month.

Alongside the launch, FreedomPop is also introducing the Hub Burst, its 4G modem that doubles as a wireless router. The device will sell for $89 starting next month, and Freedom Pop is currently taking orders for it.

By offering low-cost home broadband, FreedomPop says that aims to disrupt the vicegrip companies like Time Warner and Comcast have over the home broadband industry.

The only problem, however, is FreedomPop’s use of WiMax, which is known to be sluggish and not particularly reliable. While FreedomPop’s business model may work for mobile broadband, it might be a tougher sell for in-home broadband. We’ll see how this disruptive experiment plays out over the next few months.