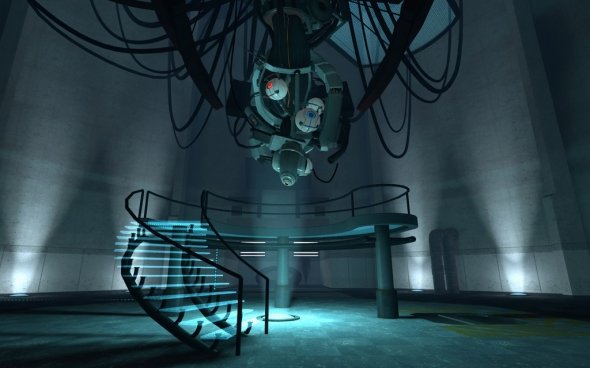 Back in October, sites like Movies.com reported that the voice actress who played the Portal villain GLaDOS would also have a role in director Guillermo del Toro’s new movie, Pacific Rim.

What no one said at that time is that the voice actress, Ellen McClain, would be using the exact same GLaDOS voice in the film. Check it out in this trailer:

For the unaware, GLaDOS is an evil computer that torments the protagonist in Valve’s first-person puzzle series Portal. She was evil but also lovable thanks McClain’s delivery and really funny writing.

Pacific Rim is about an alien invasion on Earth that comes from the sea. How does that happen? Through a portal at the bottom of the Pacific Ocean. Yeah, a portal.

All art is now Portal.