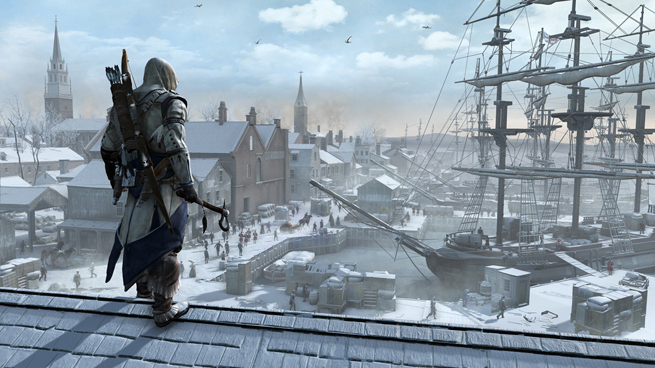 Assassin’s Creed III, the ambitious stealth-killing game set in the American Revolution, sold more than 7 million copies in its first month, according to publisher Ubisoft. That adds up to about $420 million in retail sales. This makes it the fastest-selling game in Ubisoft’s history.

Assassin’s Creed III is selling well even though it had some well-publicized glitches, such as camera controls that result in blocked vision. More than twice as many gamers have joined the multiplayer mode compared to last year’s Assassin’s Creed: Revelations.

“The reception for Assassin’s Creed III has been exceptional, and this success has positioned the game among the bestsellers of the 2012 holiday season” said Tony Key, the senior vice president of sales and marketing at Ubisoft. “We knew we had something special on our hands when Assassin’s Creed III was launched, and we’re really excited and proud to see how much fans are enjoying the latest installment in the franchise.”

Ubisoft has also announced the Assassin’s Creed III Season Pass (2,400 Microsoft points on Xbox Live, or $30 on PlayStation Network), which features “The Tyranny of King Washington,” an all-new single-player campaign told through three episodic content packs in which players experience an alternate history of the events following the American Revolution. More downloadable content will feature new maps and characters in multiplayer mode.

In addition to this all-new single player experience, Assassin’s Creed III downloadable content will feature new maps and characters for an even more expansive multiplayer experience.