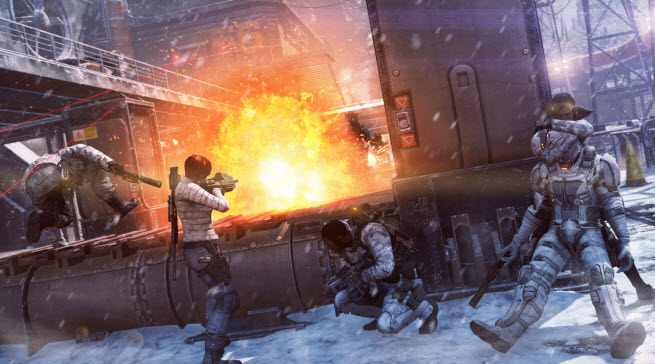 When it first appeared as Overstrike in June 2011, Insomniac Games next game series was a cartoon-style comic shooting game. Rebranded as Fuse, it is almost the exact opposite now. The game development studio has taken the veil off of Fuse’s multiplayer gaming mode and we got a good look at it at a hands-on preview event. The title is a very different kind of fighting experience, and I find that refreshing. Just as all of the major blockbuster game franchises move on to their third or fourth instantiation (Halo 4, Assassin’s Creed III, Resistance 3, Uncharted 3: Drake’s Fortune, Call of Duty Gazillion), it’s nice to see a brand new game. 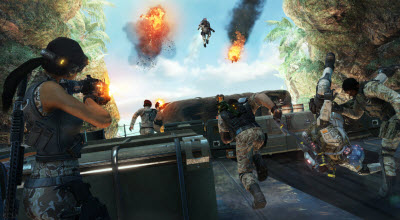 Electronic Arts is publishing the game on the PlayStation 3, and, for the first time for Insomniac, on the Xbox 360 as well. It would be wonderful if you could play it across platforms, but I’d bet that is extremely unlikely. In the four-player co-op mode, Fuse Echelon, you can play one of four elite agents from the Overstrike 9 group: Dalton Brooks, Izzy Sinclair, Jacob Kimble, and Naya Devaraux. Their job is take the volatile alien energy technology, dubbed Fuse, and protect it from being misappropriated by the evil paramilitary group Raven. Each agent can tap into the substance and use it to enhance different weapons.

We played a level where the team was trapped inside a cavernous facility with several entrances. We had to shoot enemy soldiers as they came in waves from the different doors. The enemies are smart and they’re able to take you down if you’re not careful. If you’re wounded, your comrade has to come and heal you, just like in games like Left4Dead or Gears of War. In this battle, we were confined to an area where we could all pretty much see each other at all times. There was some cover, but not much.

Insomniac’s chief executive Ted Price says there’s a touch of humor in the game, but I was a little too busy fighting for my life to notice any. I was constantly emptying my machine-gun clip into attacking enemies. Then a giant of a man strode into the facility and started attacking us with a huge gatling gun. I was able to duck out of the way whenever he aimed at me. But he was very hard to take down. I emptied clip after clip into him, and my three other comrades did the same from all directions.

But once I built up to a certain level, I could tap my Fuse energy. And that unleashed a very satisfying blast at the big guy. Each of my colleagues had different weapons and different kinds of Fuse energy upgrades. After a few of those went into the bad guy, he finally went down. I was lucky enough to pick up his gatling gun and I used it against the waves of enemies that came in to avenge the fallen giant. We fought on until all of us were wounded and we wound up bleeding out.

At the end of the battle, I figure I must have shot about 5,000 rounds. It was clearly an intense experience, and I had a lot of fun. The game debuts in March 2013.