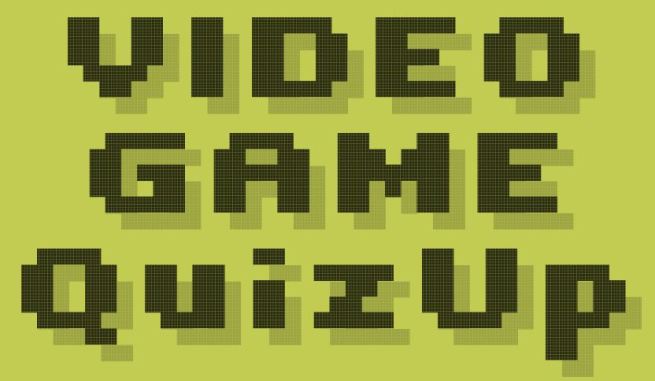 Trivial Pursuit is great, but those categories are a bit too broad for me. I need something in my field of expertise, so … soda pop, breakfast cereals, or video games. If Jeopardy had a special “Soda Pop, Breakfast Cereals, and Video Games Edition,” I’d basically be the next Ken Jennings.

Since I don’t think Jeopardy or Trivial Pursuit are gonna help me scratch that itch anytime soon, I’ll have to rely on a company called Plain Vanilla and its new QuizUp platform. 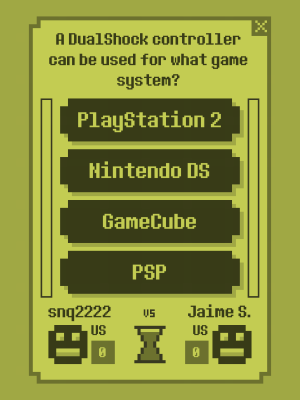 QuizUp is a shell that the Iceland-based Plain Vanilla can quickly adapt to any topic in about a week. The developer has already released trivia quizzes about Twilight, Batman, and mathematics.

QuizUp’s games don’t live in a vacuum, either. Each quiz features full head-to-head synchronous multiplayer. The game quickly matches you with a live opponent so you can really test your knowledge of a subject.

I played the Twilight Quiz — don’t judge — and found someone to play against in about 10 seconds. I’m on Android, but my opponent could have been on iOS since QuizUp allows for cross-platform play.

And that’s the whole point of the QuizUp platform. The studio can quickly and inexpensively adapt and scale a quiz for any topic, and it doesn’t all have to fit into the same visual experience since it’s easy for the developer to change everything about the game.

For the developer, it’s an elegant solution, but one that took near bankruptcy to discover.

“We started out by producing an iPad and iPhone game,” Plain Vanilla founder Thorstein Fridriksson told GamesBeat. “I assembled a team, and we made what we wanted — and we wanted to make the world’s best preschool application.”

Fridriksson says that making that game, called The Moogies, went well. His studio partnered with publisher Chillingo, which is one of the bigger publishers in the mobile space, to bring the game to Apple’s iOS devices. When it launched, Apple put the game on the front page of the App Store, and sales were respectable.

“As soon as [The Moogies] was taken off the front page, the sales kinda collapsed,” said Fridriksson. “And we were left with a beautiful game that people weren’t downloading.”

Plain Vanilla’s game, which the team worked on for a year, couldn’t cut through the noise of Apple’s ecosystem. It’s a common criticism. Chillingo told Plain Vanilla that it needed to start pushing updates to The Moogies and introducing new characters, but after 12 months, the team didn’t really have anything left to add.

“We put all of our efforts into this single title,” said Fridriksson. “And for us to make an update or do a sequel — that was kinda not possible because it cost a lot of money to make the original.”

That made Plain Vanilla think differently about creating games for mobile, and it ultimately led him and a few of his programmers to San Francisco, where they finished building the platform that would become QuizUp. They were in the States on three-month tourist visas and didn’t know where to start, and this was make-or-break because Plain Vanilla was running out of cash.

“We had a very definite deadline,” said Frioksson. “We had to produce a prototype of the platform and get funding in three months or else we would have to just go home and try to find work.”

But Plain Vanilla secured its funding, over $1.2 million in its seed round over the summer, based on the strength of the QuizUp platform.

“I thought it would be easier than it was,” Fridriksson said about the investment scene in San Francisco. “While there are a lot of investors, there are apparently a hell of a lot of people trying to get money from them.”

Now, Fridriksson wants to release a few more standalone quizzes before they introduce the core QuizUp app, which will be a hub where players can choose trivia sessions based on all kinds of topics.

I still don’t know if I’ll get my trivia game that’s based on cereal, but QuizUp allows the studio to turn out something like that in about a week. Compared to the time, money, and risk it took Plain Vanilla to produce The Moogies, it’s no surprise that the team is excited about its new platform.