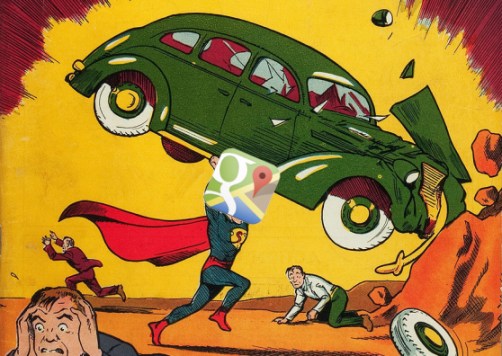 Life must be tough for Apple right now.

Just hours after Google Maps landed on iOS, the app has already climbed to the top of Apple’s App Store. The event is a major salt-in-the-wounds moment for Apple, which is getting beat by a competitor on its own turf.

But is this really any real surprise? Reception to the launch of Apple’s Maps app has been hugely negative, and though Apple has made some real improvements to the software, it’s clear that a lot of iOS users still don’t trust it.

But Google Maps comes with features like Street View and public transit directions, automatically making it an attractive option for those burned by Apple’s Maps.

One early Google Maps downloader sums it up well: “I’m so glad I do not have to deal with that awful Apple Maps. Thank you GOOGLE!”

I’m sure a lot of other iOS users would say the same.