It’s a great week for downloading games on Nintendo platforms as the various eShops are welcoming all of the usual staples today: Wii U and 3DS full titles and demos, quirky DSiWare games, another SNK classic for the Virtual Console, and even something slightly bizarre enough to make its mere existence a little funny.

But first up is the Wii U. Last week, we saw the introduction of the system’s very first demo, and today we can add two more to that list: Rayman Legends and Sonic and All-Stars Racing Transformed. You can also get the full version of Batman: Arkham City Armored Edition. Both it and the demos are available now.

Usually, Nintendo directs most of its eShop focus at the 3DS, but things are a little light this week for the super publisher’s latest handheld, with only one full retail game and a handful of smaller titles and demos ready for download. The full game is Adventure Time: Hey Ice King! Why’d You Steal Our Garbage?!!, which is based on Cartoon Network’s impenetrably weird hit show about a guy with a sword and his crazy mutant dog. Adventure Time is also available as a demo, along with Art of Balance Touch, a physics-based eShop puzzler. You can also check out Crimson Shroud, a tabletop-style role-playing game from Level-5 (the developers of the Professor Layton series); Gardenscapes, which combines a hidden-object game and a gardening sim into something my mom would probably love; and a port of the NES title Ninja Gaiden. 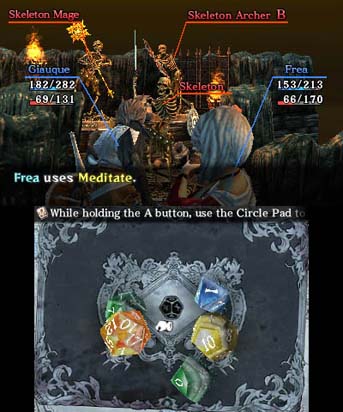 Fans of SNK fighting games can once again turn to the Wii’s Virtual Console this week as Real Bout Fatal Fury is now for sale digitally. This was the fifth installment in the long-running series, and it introduced the “independent Sway Button,” according to Nintendo’s website. As someone who doesn’t follow this genre, I can only assume that is more exciting than it sounds.

Finally, things get weird when we move on to the DSi. First and not particularly weird is Rytmik World Music, a synthesizer app that lets you create music with the included 180+ sound samples. Second and fairly weird is Zombie Skape, a game about dodging zombies on a skateboard. Yes, a skateboard. Not a skapeboard, whatever that is. Lastly, one of the coolest sounding things of all time: Chuck E. Cheese’s Alien Defense Force, in which you play as the giant mouse mascot as he attempts to defeat the evil king of Planet Cheese. Unfortunately, it does not appear to include delicious cardboard-flavored pizza or offer free tokens with a good report card.