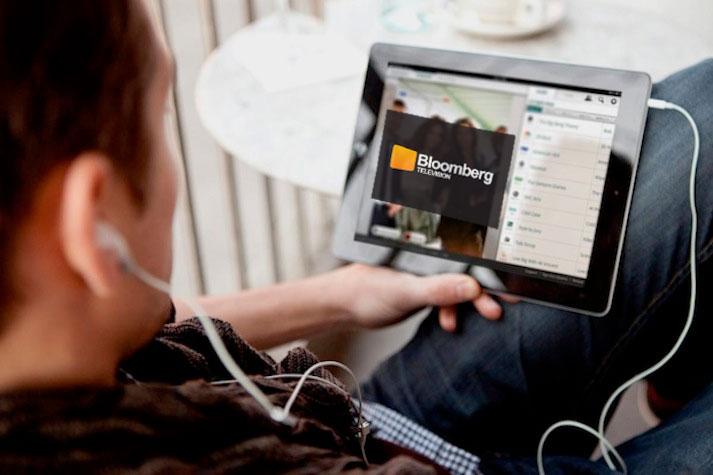 IAC-backed television service Aereo recently announced that it’s reached a deal to bring the Bloomberg TV cable network to its lineup of available channels, according to a Wall Street Journal report.

Aereo lets New York City residents watch free, locally broadcast HDTV channels (from local affiliate stations for ABC, CBS, NBC, Fox, CW, and others) on smartphones, tablets, and desktop computers. Aereo uses a tiny HD antenna the size of a dime to pick up the broadcast signal for each of its users, which makes it legal in the eyes of the law — much to the outrage of major entertainment companies. There’s also a DVR in the mix that lets users record up to 40 hours of content that can be streamed later.

Aereo’s deal with Bloomberg is significant because it’s the first cable channel to come to the service. Also, if more cable channels — such as those owned by Viacom like Comedy Central, MTV, and Spike —  sign deals to appear on Aereo, it could represent a new pay TV business model that costs consumers less money than cable and satellite TV while offering nearly all the same perks.

The average cable or satellite television subscriber pays over $100 per month, an amount that’s estimated to double by 2020. The bulk of those subscription fees are due to the forced inclusion of live sports programming that some people don’t even watch.

By contrast, Aereo has a flexible pricing structure that includes a $1 daily pass, $8 and $12 monthly passes, and an $80 annual plan. Those prices may rise as Aereo adds more cable channels to its lineup, but it’ll still be far less money than what most people are paying to their TV service provider right now. If Aereo did begin offering more live sports channels like the cable TV providers (something it hasn’t yet discussed), it could easily do so by offering a separate programming package for more money.

And although I doubt Aereo will ever offer channels in an à la carte pricing model (where you pick only the individual channels you want to pay for), the company does have plenty of potential to offer better programming packages than what’s offered by the likes of Comcast, DirecTV, Time Warner Cable, and AT&T Uverse.

Aereo’s Bloomberg TV deal may be a huge win for the service, but it still has some important legal hurdles to jump before it can truly become successful. Media company’s like News Corp./Fox, CBS, Walt Disney/ABC, and Comcast/NBCUniversal are currently suing Aereo, saying its use of  local HDTV broadcast signals (which provide free access to many TV channels if you have an HD antenna on your television set) is unfair and illegal. So far, both federal courts and groups like the Electronic Frontier Foundation aren’t buying that argument, but a final ruling is expected in 2013.