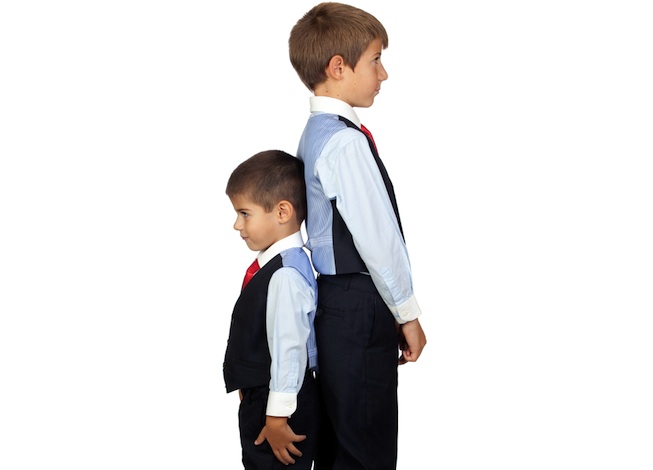 When we consider the “big data” trend, it’s most often in terms of how large corporations like Macy’s and Starbucks will use vast volumes of consumer data to grow their business.

But how about the little guy — the coffee shop on Main Street that is struggling to compete with Starbucks to keep its doors open?

Intuit, the maker of financial management products for small businesses, currently has hundreds of engineers tasked with bringing the benefits of big data to Main Street. The company envisions a future where small businesses will be armed with data to help them make strategic business decisions and drive consumer sales. It’s turning its database of small business finances into tools to help its customers save time and money.

Small businesses have a “treasure trove of data” 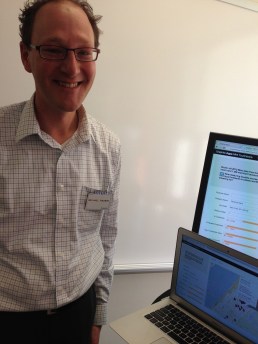 In an intimate meeting at the company’s San Francisco office, CEO Brad Smith told reporters that Intuit is stressing three things: privacy, innovation, and the accessibility of data. For Smith, that big data can be used to benefit the little guy by 2020 is a no brainer, given the sheer quantity of relevant data in Intuit’s grasp. (Over the next decade, Emergent Research posits that it will increase more than 40-fold.) With its 60 million global customers, Intuit is currently sitting on a “treasure trove of data,” in Smith’s opinion. He is fond of saying that 20 percent of U.S. GDP flows through Quickbooks, Intuit’s small business accounting software.

One of the most prominent examples is Intuit’s Small Business Index, which pulls together sales, profit and employment data from a statistical sample of 70,000 small businesses (with fewer than 20 employees) that use Quickbooks and its online payroll software. Small business owners can use this data to determine when it’s the right time to cut back on expenses or hire some additional help. This effort was spearheaded by Nora Denzel, senior vice president of Big Data, Social Design and Marketing, with her 100 person-strong team of researchers. Note: Denzel has subsequently left the company.

However, consumers are concerned that their personal information is being used by businesses for targeted advertising.

Surrounded by members of the media, Smith is well-prepared to deflect criticism on the topic of consumer protections and privacy — chief privacy officer Barb Lawler sits front and center. Smith frequently repeats the company mantra, “Our view is that this is not our data, this is our customer’s data.” He said the company has been working with “every agency there is” to ensure that your data will be secure, and that it won’t be used without permission.

“We can improve your life with your permission” 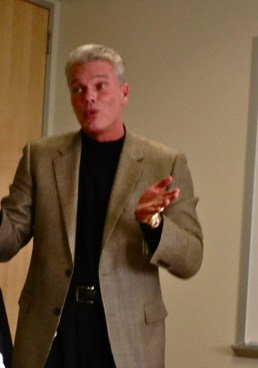 Smith hopes that most consumers and small business owners will voluntarily give up their data — “[we] can improve your life with your permission,” he stresses.

One of his favorite examples is how employees noted that two-thirds of Intuit’s customers using the Quickbooks product, a small business accounting software, were recently denied a loan.

“Banks were afraid to take the risk and we are sitting in the middle of the Quickbooks data [and] can qualify that individual,” Smith explained. The company analyzed whether applicants were paying their bills on time, and the banks were notified about those that were least likely to default on a loan. Smith claims that $10 million in loans were subsequently provided to Intuit’s customers.

I asked whether the company will consider social data  — the number of “likes” on a brand’s Facebook page — as an indication of an individual’s ability to repay a loan on time. Social finance startups like LendUp are beginning to use this information to get a better picture of the borrower. Smith said the viability of leveraging data from social networking sites is “yet to be determined.”

With 8,000 employees, can Intuit spearhead innovation?

Inspired by Google, Intuit’s next-door neighbor at its Mountain View, Calif. headquarters, it has been company policy for years to let engineers devote 10 percent of their time to innovative projects. According to Smith, this yielded Intuit $100 million in revenue in 2011.

The top execs are keen advocates of Eric Ries’s “Lean Startup” method — the company recently invited the author and serial entrepreneur in to its offices to help them internalize a culture of experimentation, and rapid product cycles. Ries worked with the company’s most talented engineers, tasked with developing new technologies to arm small businesses.

One of the top engineers is Michael J. Radwin (pictured above), a data nerd who has introduced text analytics, recommendation services, and data-driven algorithms in his two-year tenure at Intuit.

Shortly after the meeting, Radwin pulls me aside to demo one of the projects he’s most proud of — a local business recommendations service intended to provide more detail than Yelp. The idea was conceived by an engineer, and a team formed to bring it to fruition. It’s in beta, and is primarily used today to give Intuit employees, analysts, and the press an idea of how data might be used in the future.

Radwin views Yelp data as highly deceptive, and skewed to favor large franchises with digitally-savvy customers. By integrating information from a variety of external sources including Mint.com (the personal finance company Intuit acquired a few years ago), his team created a detailed map of businesses in any area. Customers can perform a simple search to uncover the hair salons or coffee shops with the highest customer retention rates and most competitive prices — more often than not, its the family-owned businesses that emerge on top.

If Radwin has his way, this prototype will likely be under development in the coming years. It’s just one example of how data can inform consumers, and be used a weapon for the little guy on Main Street.