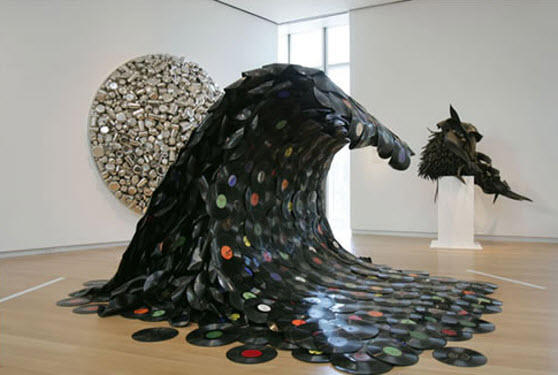 It used to be that video game industry cycles were predictable. The waves were big, but you could see them coming. In 1994, when I moved to Silicon Valley, Netscape had gone public. I witnessed the whole dotcom boom and all of the hopes that arose around massively multiplayer online games, which was the game industry’s version of the dotcom cycle. Dozens of titles were born, but only World of Warcraft came to dominate that new piece of the game world.

The era of 3D graphics created a revolution in gaming that more than 70 graphics chip startups helped serve. Of those, only Nvidia, Intel, and Advanced Micro Devices survived. With each new game console cycle, game publishers and developers came and went. The cycles were so familiar that everybody thought a cycle had to last five years. (Microsoft changed that and shrank the cycle to four years with the original Xbox, and now it is going past seven years with the Xbox 360). Price cuts became an annual tradition. 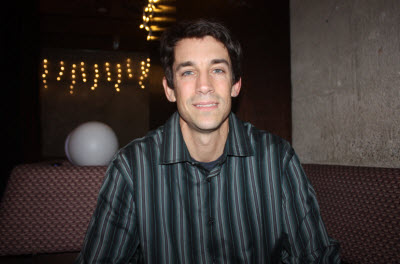 But now the era of accelerated change is upon us, said Ted Price, the chief executive of Insomniac Games (the creators of the notable Ratchet & Clank and Resistance franchises), which has been around for 19 years. If we’re in a cycle, or maybe an investment bubble, we won’t be able to see it until we have hindsight. The patterns are crazy.

“The industry reflects society right now,” he said in an interview with GamesBeat. “Society is evolving extremely fast in terms of how it uses technology. Our industry is experiencing that change as well. We’ve been very lucky over the last almost two decades to have a stable, predictable industry. But now we’re in a different world. That change has come upon us and everyone else in the world in the last five years. So it’s not just us. It’s the Internet. It’s sales. It’s traditional media. Everything and everybody is feeling the effects of this accelerated change in our world.”

You don’t want to misjudge what is happening. My old boss at the San Jose Mercury News, Jerry Ceppos, once lamented that Silicon Valley was going through something like the Italian Renaissance, that great flowering of art that would become legendary for centuries. But all we could see in our day-to-day coverage of it was the changes in the sales of cans of paint. Maybe if we slapped a name on this era — as good as the word “renaissance” was — then we could understand it better.

We saw the era of high-definition games arrive with the Xbox 360 and PlayStation 3, only to see them broadsided by the Nintendo Wii and its motion-sensing technology. Intel, ever the market driver, wants motion-sensing to evolve into an era of “perceptual computing,” where you can use anything — a keyboard, a touchscreen, voice commands, or hand gestures — to control your PC and its accompanying software.

That sounds like it might take an army of technologists to accomplish. And for sure, Intel and the hardware companies will keep a lot of engineers busy bringing about that change. But gaming’s reach is closing in on billions of people, as smartphones and tablets fall into the hands of so many. And to reach that global audience, you don’t have to be a gigantic game publisher, Price said.

“You can be a guy in his bedroom with a great idea, using off-the-shelf tools to build something that nobody’s ever seen before,” Price said. “That guy can change the world. That’s the promise that got me into games in the first place. I feel like, in many ways, it’s come full circle.”

The waves are coming in faster, but they’re also crashing into each other from different directions. Apple’s iPhone and iPad disrupted gaming on the handhelds and the PC. Free-to-play games started in Asia and migrated to the U.S. via Facebook, and now that wave is sweeping through MMOs. We’re seeing a new era in gamification and a new era in mobile social gaming. Heck, we’re even seeing a new era of social casino games (George Zaloom at GoPlay counts 225 of them from 50 game developers). Everybody knows that you’re supposed to embrace change. But which change do you embrace?

It isn’t easy to be a decision maker now. THQ tried to do a few too many things: kids games, hardcore real-time strategy games, MMOs, Facebook apps, and mobile games. Now it’s paying for failures in multiple segments. If you’re a game studio chief, who can you look at who has made a successful transition from console games to mobile games? Usually, when someone enters the mobile game business, they do so by taking off and creating a new studio. Shifting the identity of an existing studio or publisher is akin to dinosaurs becoming mammals. And that’s more drastic than getting a sex change.

Earlier this year, we referred to this as the Crossover Era, where game companies crossed over from one market to another. The disruption breaks down barriers between industries and creates opportunities. Companies like Zynga and OnLive were leading the charge on changing fast and adapting to new technologies. But perhaps they got too far ahead of themselves.

The tough thing that is happening now is that we’re also seeing leadership changes as well. Price admits he is riding on a rollercoaster, but he is sticking around to see what happens. Not all of his compatriots are doing so.

Jason Rubin has been installed as the president of THQ. He still reports to longtime CEO Brian Farrell, but Rubin has a mandate for change at the company, which has shrunk dramatically and may very well go out of business. Mike Capps, the longtime president of Epic, announced he was retiring. So did Cliff “CliffyB” Bleszinski, Epic’s top game designer. The doctors, Ray Muzyka and Greg Zeschuk, left Electronic Arts/BioWare after two decades in the business. You can expect more of this change as leaders decide whether they want to sign up or sign off for the coming changes.

Normally, I would bet on these folks to be the winners in any era. Certainly, I’m no good at seeing the winners and losers. It feels like I’m in a tunnel now, when I really want to be perched above, looking down from a mountain at the beach of the game industry. I wish I could zoom in and zoom out to understand what is happening.