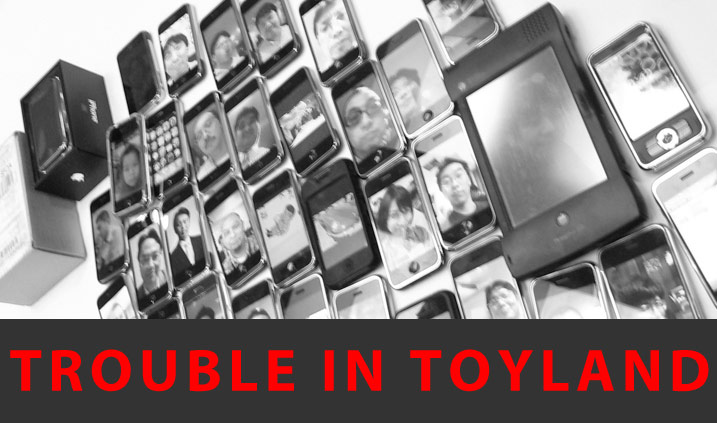 Wall Street and Apple are not cozy bedfellows this morning. Apple’s stock is down another $19 billion this morning in early trading on reports of iPhone component order cuts and softening demand.

This morning UBS analyst Steve Milunovich trimmed his Apple stock targets by $80, saying Apple will sell five million fewer iPhones and two million fewer iPads over each of the next three quarters. Then another analyst, Peter Misek, said companies that supply components for the iPhone 5 have reported “large order cuts” over the last two days.

And this morning we reported that the cheaper iPad mini is outselling the iPad 4 — and may account for half of all iPad sales in 2013. That’s the kind of good news that’s not good news, as the lower-cost and lower-margin item is cannibalizing sales of the higher-cost, higher-margin item.

It all adds up to a tempest in a not-so-small teacup for Apple stock, which had already seen a 20 percent drop from October to November and just this morning lost another $20, hitting a low of $507.66 today, down from a high of $702.10 just three months ago on September 19.

That means Apple is now down 25 percent from its all-time highs and has dropped another $20 billion in market value — almost as bad as December 5, which saw Apple lose $35 billion in market capitalization, or, as we put it then, a Yahoo, Yelp, and LinkedIn worth.

iPhone and iPad sales, plus iPod, make up 76 percent of Apple’s revenue. Any hiccups in those cash cows, and Apple stock has a serious case of the Mondays — even on a Friday. The core problem is that Android is eating iPhone’s lunch and is starting to more than nibble at iPad’s. And analysts are worried that Apple will not be able to maintain the market leadership position it has held for a couple of years now.