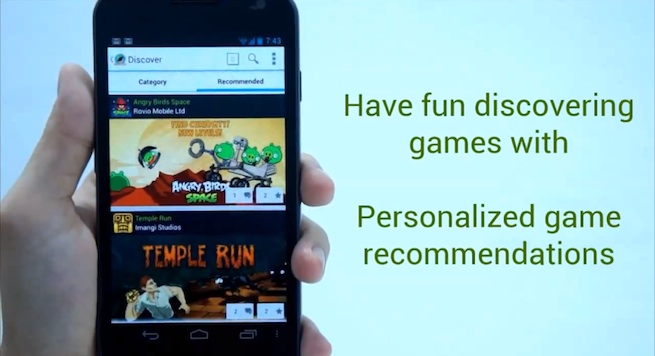 One of the best methods of finding new games to play on your mobile phone or tablet is through word-of-mouth. After all, you’re much more likely to trust your friend’s tastes than what you’ll find on a generic “most popular” list. That’s one of the reasons why developer Stream Media is adding in social features to Applorer, its free game-recommendation app for Android devices.

Closing in on 100,000 installs after launching nine months ago, Applorer sifts through the thousands of free games on the Google Play store to find the ones that might interest you based on a proprietary algorithm. The new update allows you to share and comment on in-game achievements with your friends, post screenshots, and form “circles” to discuss specific games or genres with other Applorer users.

Stream Media is also planning to expand Applorer’s reach beyond just Google Play. The company is partnering with mobile phone carriers and original equipment manufacturers to provide its recommendation app to players in “emerging markets,” starting with the Indonesia-based telecommunications firm XL Axiata in the first quarter of 2013.

“For gamers, we believe the gaming experience is not just the game itself, but the whole process: discovering, interacting, and sharing with other players,” said Chua Zi Yong, founder and chief executive officer of Stream Media, in an interview with GamesBeat. “That is what we found in our user data from previous versions, where users like to be surprised [as they searched] for new games and interactions within Applorer. Beyond that, it is also possible for game developers to use Applorer to interact with their users and get more exposure. We think this is definitely a win-win for users and developers alike.”

Prior to founding Stream Media in 2009, Zi Yong was a student majoring in bioengineering at the National University of Singapore. At that time, the company started working on its first product, MoVend, an in-app payment solution that developers could implement into their mobile games. It began creating Applorer because the team recognized the difficulty of finding good apps to play on Android.

As of this writing, Applorer has an average rating of 4.3 stars (out of 5) from 391 user reviews on Google Play.