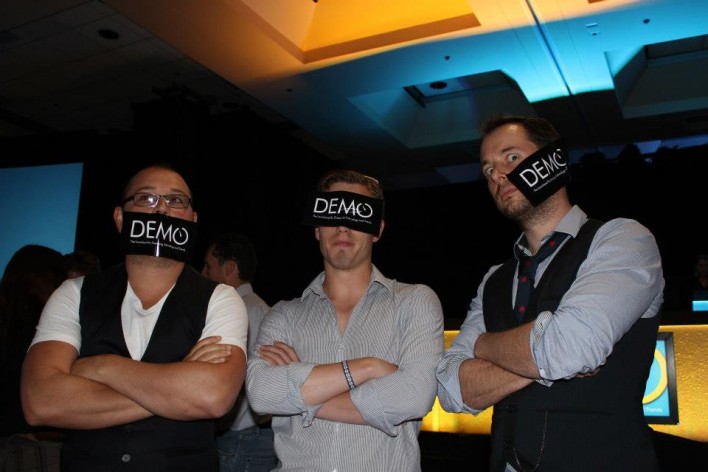 Today we tell the sad tale of how one startup went down. Taploid, a DEMO company that hoped to be the tabloid of the social world, is folding up today after running out of money, hitting walls with U.S. immigration, and failing to get acquired.

“If you want to get acquired and half of your team is in another country … fat fucking chance,” said Taploid cofounder and chief executive Redg Snodgrass in an interview with VentureBeat. “Basically, right now the company’s out of money … and we’re all going to go in our own separate ways and take up different consulting gigs.”

Taploid’s technology was on track to be acquired by social news organization Topix. Snodgrass and Topix chief executive Chris Tolles were in talks about a potential “aqui-hire,” or an acquisition that focuses on the employees as opposed to the technology. The acquisition looked like the light at the end of a short tunnel for a company with seemingly good engineers and funding. Snodgrass and cofounder Andrew Scott had decided to not get visas for their engineers early on, instead investing the money in their technology. Snodgrass told VentureBeat he wasn’t trying to build an acqui-hire company, though that’s what it came down to.

“We tried to be as lean as we could and we scraped and scrimped on the wrong things inevitably,” he said. “Would I have done something different, would have I spent $10,000 to get them the visas? I didn’t make that call.”

Snodgrass explained that there are only certain times of year that his engineers could apply to get a visa, which was too long a timespan for the fast-paced acquisition. If Topix had acquired Taploid without the visas locked down, there’d be no guarantee that the engineers would even get visas and be able to come back to Silicon Valley.

“I think that this is an ongoing issue in Silicon Valley, having come from Sun Microsystems where two of the founders were … non-U.S. citizens,” said Tolles in an interview with VentureBeat. “I would say that it certainly was a real deal-breaker. … The country would benefit quite a bit from more straightforward immigration laws. Especially for high-tech workers.” 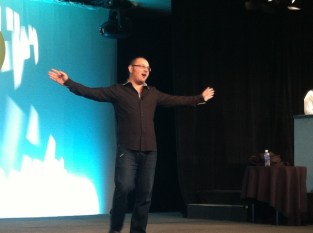 Above: Taploid CEO Redg Snodgrass at the DEMO conference

Visas are a big issue for startups that often pull engineering talent from all corners of the world. If the startup doesn’t get off the ground or get paperwork filed in time, they may lose valuable employees. In this case, three of Taploid’s engineers are currently living in London after having expended their legally allowed visiting time in the U.S. without obtaining a visa that would let them to stay longer.

“It was just really frustrating. I think everyone thought we had a really good thing between Topix and us, but because of the current visa restrictions, it just takes a very long time to do anything,” said Ed Parsons, the lead engineer at Taploid. “America has so much demand … you can do whatever you want in terms of supply.”

When asked what U.S. Citizenship and Immigration Services would say to those who call for visa reform, public affairs officer Sharon Rummery told VentureBeat, “We never talk to the possibility of changes to law. We only talk about changes to law if they’ve been signed by the president.”

Taploid launched this year at the DEMO conference and is a Facebook app that centers around your friends’ gossip. It attempts to be a tabloid for today’s generation — headlines about your friends delivered to your email, as opposed to headlines about celebrities sitting in the grocery check-out line.

When you approve the app on Facebook, Taploid’s engine looks at all the data your friends make available to you and then uses those to compile funny, interactive “stories” about them. For instance, if you friend just got engaged, Taploid will show you a headline about his engagement and let you pick whether the marriage will flame or flub.

At the time of writing this post, Snodgrass said he’d spoken with half of his investors who were all “very encouraging” and “understanding.” For the time being, he will help The Grow Conference, a startup conference in Vancouver, with its operations. He leaves the deal with some parting advice for future entrepreneurs:

Disclosure: Redg Snodgrass has worked with VentureBeat on our conferences in the past.