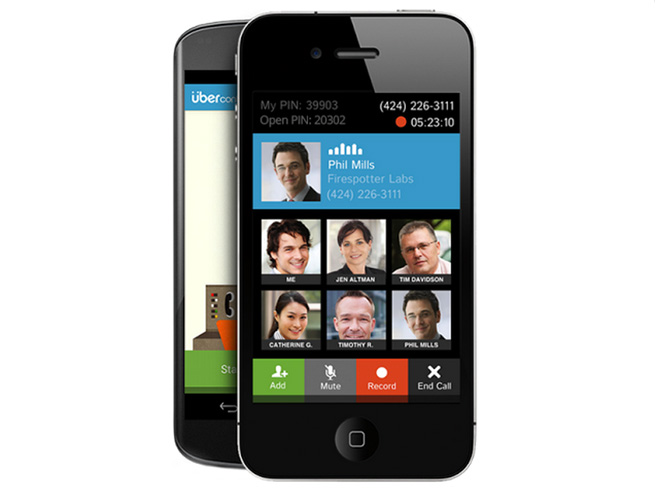 Inventive conference call service UberConference, from the inventor of Google Voice, has launched new apps for iOS and Android, a move that will make conference call experiences better even if you’re a highly mobile worker.

UberConference won the top prize at TechCrunch Disrupt New York last May because its premise of “reinventing the conference call” is attractive for workers who hate traditional conference calling. Recently, UberConference introduced a new enterprise-class version of its software that increases conference size to 40 people, outboard dialing to join a call, call recording, and more.

Just like their web app counterpart, the new UberConference apps on iOS and Android allow you to add additional people to a call, mute the line, put “earmuffs” on other people on the line, and turn call recording on and off.

“With the modern worker being mobile much of the time and dependent on their devices to conduct traditional business functions, we knew that it was important to give them all the tools and functionality of UberConference in a slick app for their smart phones,” Firespotter Labs CEO Craig Walker told VentureBeat via email. “Now a user can be anywhere and quickly start an UberConference by clicking a few names from their address book. UberConference will dial out to each of the parties and bring them into an instant conference call.”

UberConference-parent Firespotter Labs, based in Pleasanton, Calif., has raised $18 million to date from heavy hitting investors Andreessen Horowitz and Google Ventures. The company is also the brains behind NoshList, Nosh, and Jotly.

Check out a few more photos of UberConference on iOS in the photos below: