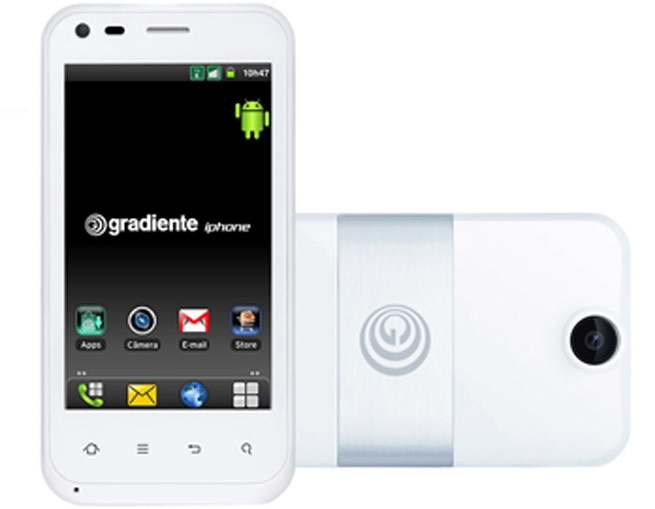 You did not read that wrong. In Brazil, there’s an iPhone that runs Google’s Android operating system … just not the one you’re thinking of.

Brazilian company iGB has launched a line of Android phones called “IPHONE” under its Gradient brand, saying it has owned the trademark for “iPhone” since receiving it in 2008 from the country’s National Institute of Intellectual Property (INPI).

That’s just a few months after Android 1.0 exited beta, and about a year after Apple launched the first version of iPhone in 2007. 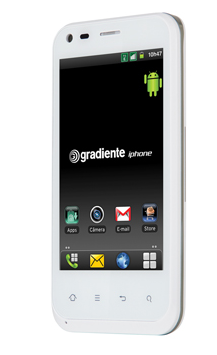 The first model in iGB’s iPhone line is called “Neo,” and it sports a 3.7″ screen, a 5-megapixel rear camera, Bluetooth, Wi-Fi, and 2GB of memory, all running Android 2.3.4. It also offers dual-SIM capability.

In a statement, iGB says (as translated by Google):

In 2000, Gradient envisaged that there would be a technological revolution in the world of mobile phones, with the convergence of the transmission and reception of voice and data via the mobile Internet. That same year, the company filed IPHONE trademark registration INPI (National Institute of Industrial Property). On 2 January 2008, the company had its registration granted by the federal agency and now holds the exclusive rights to produce and market the brand up in 2018.

The company also said it did not use the iPhone brand immediately due to a focus on company restructuring and on “resuming business,” which implies financial troubles. Gradient is not an unknown brand in Brazil, having been the first to launch CDs, DVDs, and having other interests in TVs and video games, according to the company’s statement, and it currently carries a pretty significant array of consumer technology products.

Either this is an attempt to generate publicity via controversy, or it’s an attempt to jack a few tens of millions of dollars from Apple for the rights to the name it popularized.

Or, very likely, both.