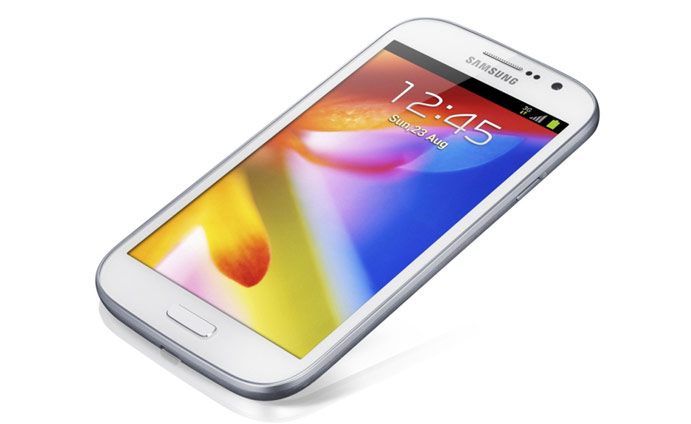 Samsung unveiled its new Galaxy Grand smartphone today, and yes, it is a phone with a massive 5″ screen. Unfortunately, while the size of the screen may be grand, its quality isn’t.

The Grand will run Android 4.1.2 — Jelly Bean, the latest and greatest from Google — and sports an unnamed 1.2 GHz dual-core processor. Samsung says the 8-megapixel rear camera has “zero shutter-lag,” which is impressive if true, “ultra-quick” camera startup, and can handle full HD video recording.

But that screen, while large, sports just a WVGA resolution: 800 x 480 pixels. That’s only 385,000 pixels, just over half what the iPhone 5 sports and less than half of what its Samsung companion, the Galaxy S III, offers.

That sub-par screen is on a phone that is a little more than 3″ wide and 5.6″ tall —  just a bit bigger than than the S III, but closing in on an inch taller than Apple’s iPhone5 while also being half an inch wider. It’s also probably about the same size as the rumored Galaxy S 4, which is likely to have a 4.99″ screen.

Fortunately, since Samsung is pitching the phone as “an ideal smartphone for users with fast-paced mobile lifestyles,” the phone is significantly smaller than the Galaxy Note, with its 5.55″ display and a full 6″ of height.

One cool feature is the Grand’s dual-SIM capability, which will allow users to have multiple SIMs and multiple phone plans. You could have a work and phone number on the same phone, or a local and international SIM, if you travel a lot.

That said, though, if you’re looking for an Android phone from Samsung, you’d be better off with the S III … or waiting a few months for Samsung’s next version, the 4. 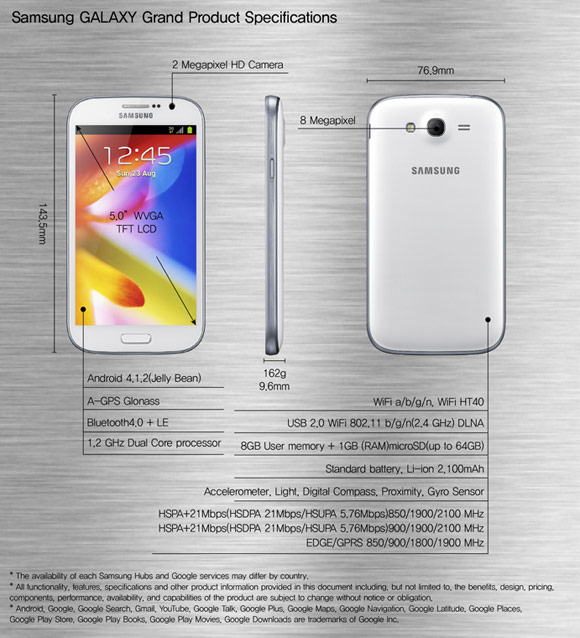