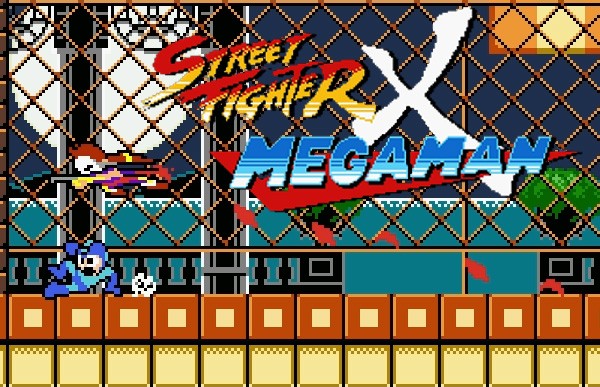 To celebrate the 25th anniversary of Mega Man this week, Capcom has released the fan-made Street Fighter X Mega Man PC game on its Unity blog. This is a retro 2D platformer that takes the Blue Bomber back to his 8-bit days, pitting him against eight iconic World Warriors such as Ryu and Blanka instead of the typical Mega Man bosses. The Street Fighter crew celebrated its own 25th anniversary earlier this year.

“Having fought countless robot masters over the years,” reads the official plot descriptions, “Mega Man is ready to lay back, relax, and enjoy his 25th Anniversary. Getting wind of this, Ryu and his fellow Street Fighters want one last battle before they let their own anniversary finish. Charge up your mega busters and stretch out your lightning legs, this is Street Fighter X Mega Man!”

Capcom also released additional details on how the fan-made crossover came about, including a Making Of video. From the official site: “A true collaboration between Capcom and its fans for Mega Man’s and Street Fighter’s 25th Anniversary, Street Fighter x Mega Man was created and developed by Singapore native Seow Zong Hui [aka “Sonic”], with an original soundtrack by Luke Esquivel [aka “A_Rival”] and with support provided by Capcom.”

You can download the free PC game through the Capcom Unity site or this direct link, but the servers seem to be a bit overwhelmed at the moment. If you do pick it up, be warned that it has the old-school difficulty hardcore Mega Man fans both love and hate.