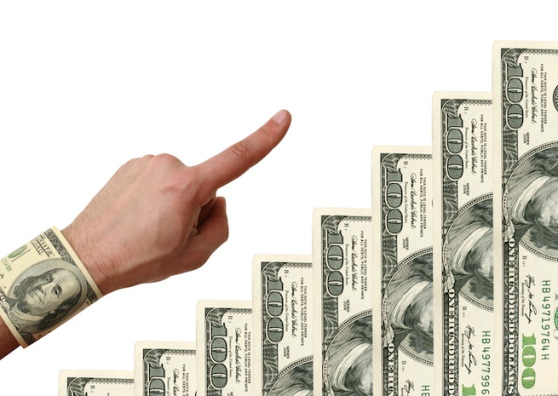 We reported last month that SecondMarket and AngelList had hatched a plan to let accredited investors make small-dollar investments — as low as $1,000 — in Silicon Valley technology startups. Today, we learned that the experiment has been declared a success and that this partnership will continue with a new batch of hot startups.

AngelList‘s founder Naval Ravikant said this opportunity is intended to be “training wheels” for budding angel investors. Now they have an opportunity to build a diversified portfolio with as little as $20,000 to invest in total.

To succeed at the high-stakes, low-odds investment game, you’ll need to make investments in over a dozen high-calibre companies. In the past, most deals in Silicon Valley required individual investors to front at least $25,000 for each deal. So Barry Silbert, SecondMarket’s CEO, said the new program is “paving the path for micro-venture investing.”

Five new companies have been carefully vetted by AngelList and SecondMarket to receive this source of funding. The main criteria is that a venture capital firm commit to lead the round. The only startup to have gone through this process so far is Transcriptic — a hot biotech company — which successfully raised $150,000 in small-dollar investment. The company had already received the bulk of its funding from super angel Mark Cuban and Google Ventures. 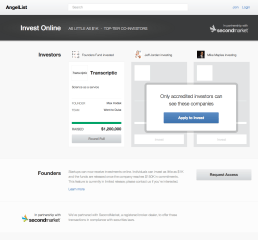 Ravikant said that startups will benefit from the program because it means more people have a vested interest in their success — and this doesn’t come with strings attached. These investors will not assume a seat on the board, and it’s less risky than taking money from friends and family, who might expect to have a say in the company’s direction.

Related: Read our interview with Ravikant for an idiot’s guide to angel investing.

Since opening up this novel investment opportunity to their private networks, the latest batch of five companies gathered about $2.1 million in commitments in the form of large checks (more than $10,000), and $350,000 in small checks ($10,000 or less). Two of the five companies’ rounds are already filled.

For interested investors, it’s not as simple as signing up and throwing a few thousand dollars at a startup. Both AngellList and SecondMarket have an extended registration process for would-be members. This involves checking investor sophistication and suitability, as well as complying with Federal regulations.

Note that administering the fund costs money, so similarly to Kickstarter, the investments are collected only if the company hits $150,000 in commitments. AngelList doesn’t make any money off this — it will not collect any fees. The angel investor social network may just be cash-flush and in a position to experiment. TechCrunch reported that it is raising a sizable round. Ravikant declined to comment.

To learn more about the partnership, check out the following video.