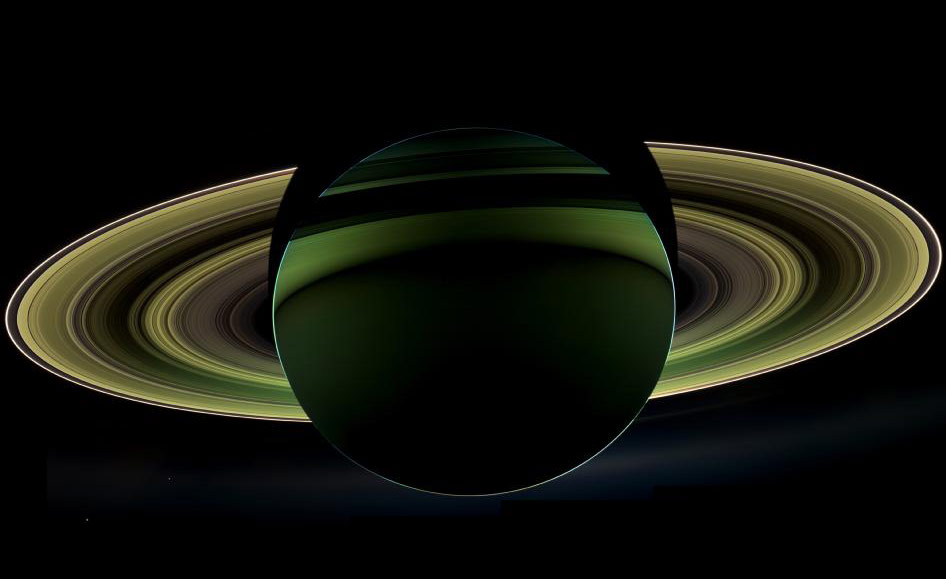 The view of Saturn that we’re used to is a sunlit planet in yellows and oranges, with beautiful, massive rings at a 15-degree angle.

For only the second time, NASA’s Cassini spacecraft has captured a view of perhaps the solar system’s second-most-beautiful planet from “behind” — opposite the sun. The result is that the planet is backlit, and the sun’s rays stream through, illuminating the ring divisions. 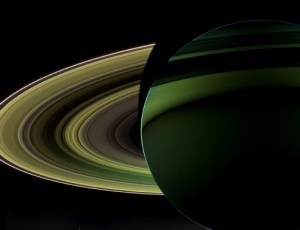 Cassini’s imagers took exposures using an infrared camera, plus red and violet filters on a visible-light camera from 500,000 miles distance. NASA then combined the images to build the final color-enhanced picture. Image scale is about 30 miles to the pixel.

If you look closely, you can also see two of Saturn’s moons in the image: Enceladus and Tethys. They’re tiny — you may have to clean your monitor — on the left side Saturn, under the rings.

And here’s the more traditional image of Saturn, sun-side version: 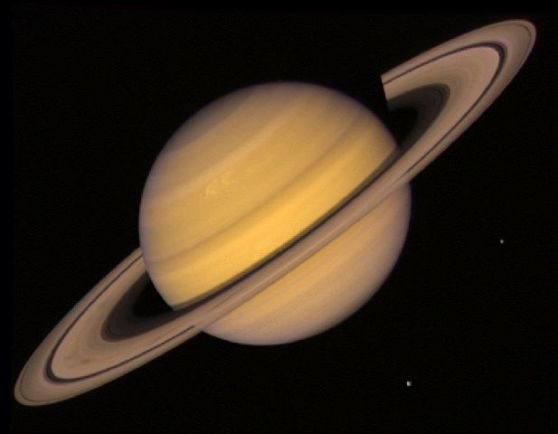