This guest post was written by Brett Hannath, director of marketing for TIBCO Loyalty Lab.

If anything became clear this year, it’s that every brand must have a way to integrate social media into their marketing plans. Traditionally, marketers have approached social channels as extensions of more traditional marketing initiatives. Essentially, social has been seen as just another way to broadcast the same message being spread via email, web, and mobile.

But social channels don’t just offer ways to communicate with your customers. Instead, Twitter, Facebook, and Pinterest can — and should —  be used to create interactions and get customers to talk back.

As 2012 comes to a close, I’d like to highlight five brands that displayed the potential power of social marketing. These examples are worth keeping in mind when planning for 2013, and when strategizing creative ways to integrate social into your existing channels. 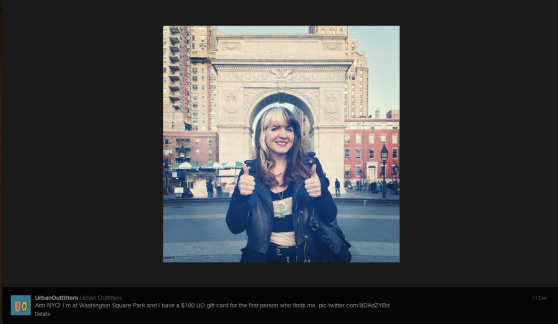 This December, Urban Outfitters began offering initiatives over Twitter that encourage customers to interact directly with shop assistants in-store, and rewarding customers for following up on social calls to action. On December 11, a New York employee tweeted, “Attn NYC! I’m at Washington Square Park and I have a $100 UO gift card for the first person who finds me,” with a photo attached.

The incentive for the customer here is obvious. But more significantly, this kind of initiative instantly creates a great deal more interactivity between a brick-and-mortar outlet and the digital channel. What’s more, it inspires the customer to create this interaction, rather than forcing Urban Outfitters to constatly reaching out itself. 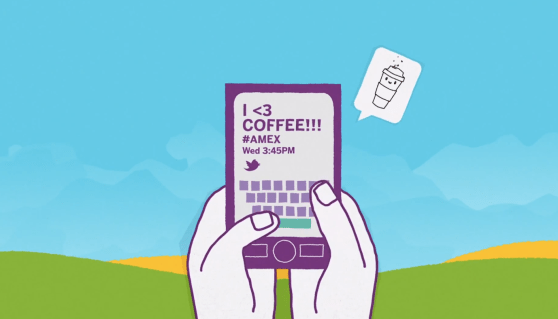 In February, Amex kicked off the Sync initiative, which allows customers to sync up their credit card with their Twitter accounts. This lets Amex partners offer deals to customers specifically through social interaction: If customers tweet a certain hashtag, they’ll get exclusive offers loaded directly to their card.

Everyone wins with this kind of social plan. Not only does it get customers to use Amex’s cards more, but it also allows Amex’s business partners to promote specific offers and incentivize customers to spend with them. Customers win too, as these deals also save them money. 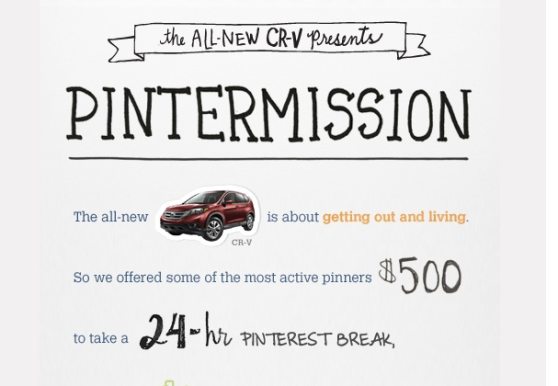 While Pinterest was 2012’s hot social channel, it also has huge potential for marketers, who can create more involved visual experiences around their products. Honda’s “Pintermission” initiative was a particularly interesting example of this. The company offered $500 to the most active pinners to take a 24-hour break from Pinterest and “get out and live life to the fullest.” This “day off” was meant to be captured as well, and pinned to users’ personal #Pintermission boards.

Involving users in an intentionally offline experience, this emotional involvement will lead pinners to strongly advocate the Honda brand to their networks. 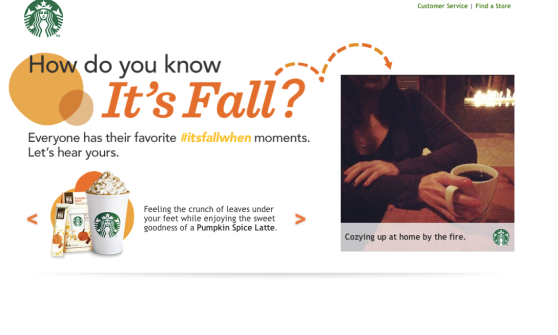 Instagram’s visual sharing has a similar effect as Pinterest does: It can make your customers advocates for your brand, and incentivize them to create the content for you. Starbucks’ #itsfallwhen campaign asked customers and Instagram followers to capture examples of how warm, cozy Starbucks drinks and fall (colored leaves, gloved hands) go together. In addition to crowdsourcing visual, compelling images, Starbucks customers became brand evangelists while strengthening the emotional connection between themselves and Starbucks products. 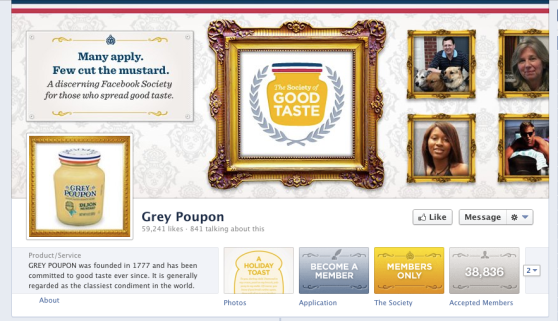 Grey Poupon’s “Society of Good Taste” was not aiming for as many likes as possible. Instead, Facebook users had to “apply” to become fans of the brand — their interests and friends were scanned, and auto accepted or denied.

While rejecting potential fans might seem counterintuitive, Grey Poupon is ensuring that their Facebook community is genuinely there for and interested in the brand, meaning its Facebook initiatives are more likely to be successful